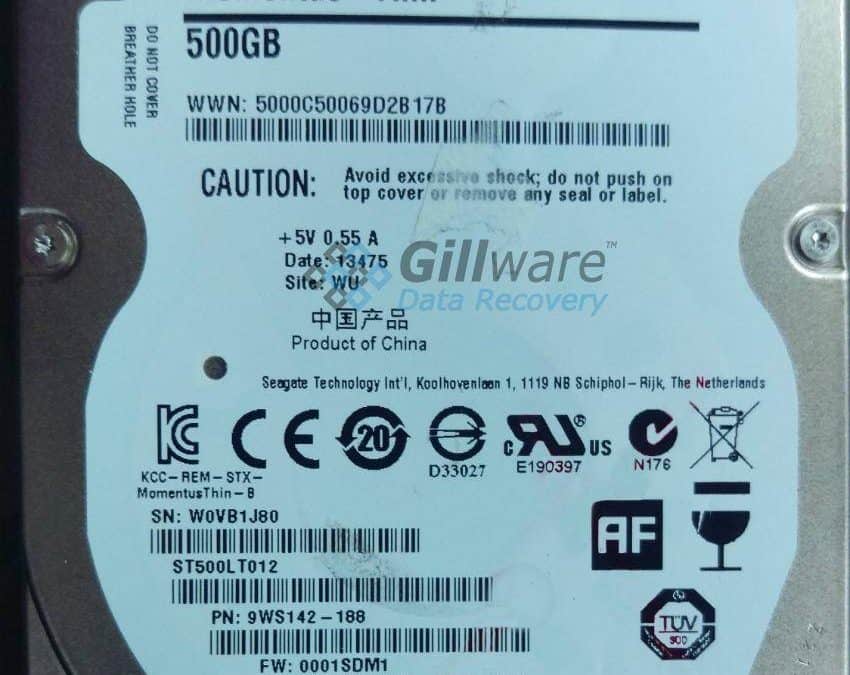 The client in this data recovery case came to us for Seagate file recovery services after the Seagate Momentus hard drive in their laptop began to fail. Their laptop had started behaving very oddly for a while—it would boot up just fine, but after making it to the Windows desktop, the whole computer would just freeze up. At first they thought it was just their computer. But upon removing the hard drive and hooking it up to a friend’s PC, the client found that they couldn’t access the drive. It would appear in the device manager for a few seconds before abruptly vanishing, giving little time to pull off any files. The client brought the drive to our data recovery company to get back their lost documents and photos from the dead hard drive. 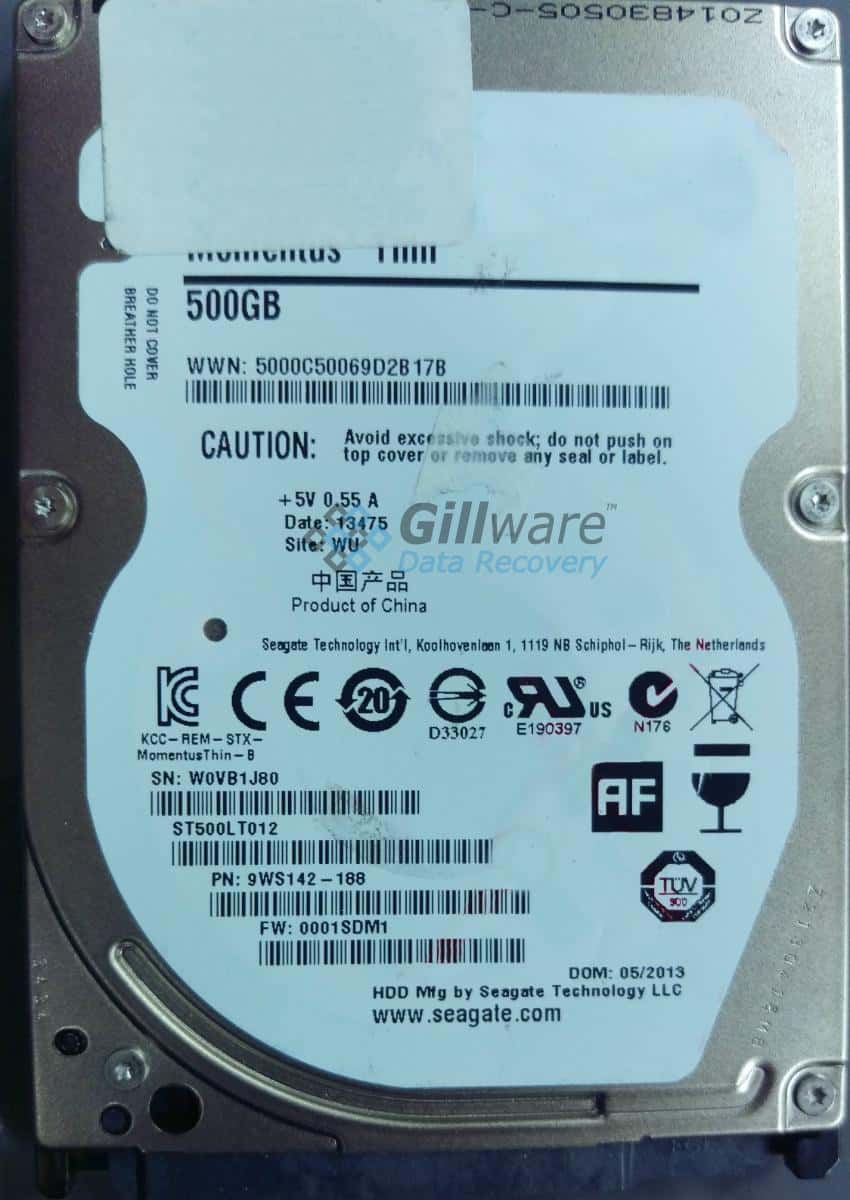 What to Do With a Freezing Hard Drive: (Metaphorically) Out Cold

When your computer starts freezing, it’s hard to know what’s causing its issues. It could be anything. Your RAM, CPU, or graphics processor could be going bad. You could have corrupted operating system files on your hands. One problem, though, that can’t be so easily fixed is a hard drive that freezes up. You can replace bad RAM, or a failed CPU or GPU (although it’s not very fun for you or your checkbook). You can reinstall a corrupt operating system (theoretically, without losing any of your personal files as well, although that doesn’t always work out). But while you can also replace a bad hard drive, you can’t replace all of the data on that drive. So what do you do?

Whether your hard drive freezes up, clicks or beeps, or misbehaves in any other way that keeps you away from your data, you need help from professional data recovery experts. When a hard drive starts acting up and misbehaving, there’s little you can do on your own, regardless of what the Internet may tell you. Hard drives are delicate instruments, and when the sensitive components on their insides start to break down, it takes an expert to recover data without just making the problem worse.

How to Recover Data from a Seagate Momentus

There’s only one way to recover data from a failed Seagate Momentus hard drive. You need to entrust the drive to data recovery experts with thousands of hours of experience and thousands of successful data recovery cases under their belts.

Our engineers took a look at this hard drive in our cleanroom lab to see what the damage was. The hard drive’s read/write heads had started to fail, and while our engineers couldn’t spot any visible damage to the drive’s hard disk platters, the presence of dust on the platter surfaces hinted that there was likely some microscopic damage to the platters.

Inside your hard drive, the read/write heads float just a little distance overhead the disk platters containing all your data. The heads are a bit like the needle of a record player, except they don’t make contact with the platters at all. Your data lives in magnetically-charged regions of the platter surfaces, not grooves that a needle would pick up, after all. If the heads make contact with the platters, they can scrape off the magnetic coating that holds the charge in these regions, resulting in data loss and spreading dust all around the platters.

To recover the data from this failed Seagate Momentus hard drive, our engineers burnished the platter surfaces to clean off the dust, then replaced the read/write heads with a new set of functional heads. After making these repairs, our engineers could start salvaging the customer’s data from the drive.

Our cleanroom engineers successfully recovered 99.2% of the user-created files from our client’s failed Seagate laptop hard drive. There were a handful of rogue sectors on the hard drive’s platters preventing a perfect file recovery from this drive. However, only a tiny amount of files suffered from any sort of incomplete recovery or corruption. All of the client’s personal documents and precious family photos had been completely and successfully recovered. We rated this Seagate file recovery case a 9 on our ten-point rating scale.