What is the Difference Between SAN and NAS Storage?

Build Your Own NAS Server 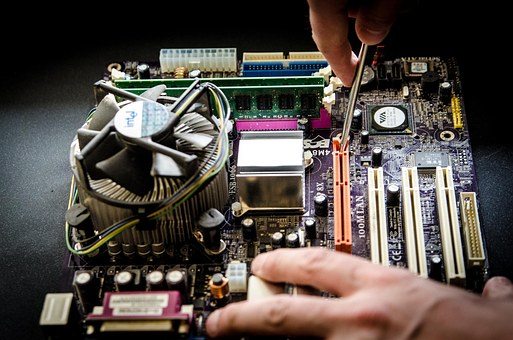 If your data is important to you, you may have thought about the development of a network-attached storage solution. A personal NAS server will keep your data safe through redundant hard drive arrays. NAS servers are particularly useful for those who keep particularly large files on their data storage, such as cinematographers and photographers. NAS servers can also be critical for those who simply keep large volumes of media for their own use. Here are some tips on how to build your own NAS server from scratch. It’s not a particularly difficult task, but it is a little different from building other types of servers.

Why Should You Build Your Own NAS? Buying vs. Building a NAS Server

So when should you buy a NAS server rather than building one? If you’ve already built a server before or are short on time, there’s nothing wrong with buying a server that suits your needs. But building a server at least once is a great way to develop more of an understanding of how your NAS server works and how your NAS data is stored.

Hardware: Getting Together the Right Components to Build Your Own NAS

Building a NAS server begins with assembling the correct components. Computer components change from year to year — if not month to month — which means that the specific components aren’t important. What’s most important is that they meet the minimum specifications required for your build. Here’s what you need to know about the components you’ll need to build your own NAS:

Assembling the Hardware to Build Your Own NAS

The physical assembly of a NAS server is no different from the assembly of any other computer or server system. As always, make sure that you are careful, use an anti-static strap, and do your due diligence–but there will always be a few issues that you might encounter. Here are two of the issues that you could potentially encounter:

To limit frustration, you may want to have a ‘test area” in which you can test individual components rather than having to test them in the new NAS server itself. You may also want to install everything on the motherboard before installing the motherboard. Though this takes more setup time, it greatly reduces troubleshooting issues.

Once you’ve properly assembled the hardware of your NAS server, you’ll want to do some basic stress tests, memory tests, and hard drive tests. All of this will ensure that the equipment is working as it should before you begin your installation.

Setting Up the Software of Your NAS Server

Setting up a NAS server is actually very simple with the FreeNAS platform. FreeNAS is very well documented, and even has a cheeky “how not to setup your NAS” guide. First, download FreeNAS onto a 16 GB flash drive, then install it directly on the server. You now have two options:

Once your basic NAS server software has been setup, you may also want to install some additional software tools. This includes caching services, additional backup services, and system protection.

We here at Gillware recommend configuring a monitor with Nagios to keep track of the health of your custom NAS server. Nagios can immediately alert you in the event of hard disk failure, so you can quickly and proactively take measures to prevent yourself from needing a trip to our data recovery lab. You should also be sure to set up failure monitoring and notifications in FreeNAS itself.

Altogether, setting up the hardware and software for a NAS server is no more difficult than building any other type of computer. There’s also no one way to build your own NAS server: the above outline is for a fairly simple build, but it can be modified as you desire to suit your needs.

Naturally, it’s the data that makes a NAS server most important. Regardless of how conscientious you are regarding your data NAS server builds can still fail. When that occurs, you may need to engage in professional NAS recovery. Gillware Data Recovery offers full NAS data recovery services, with a no risk involved “no data, no charge” policy and a world class team of specialists. Contact Gillware Data today if you have data that you need to protect, recover, or restore.