Anatomy of a Read/Write Head Failure 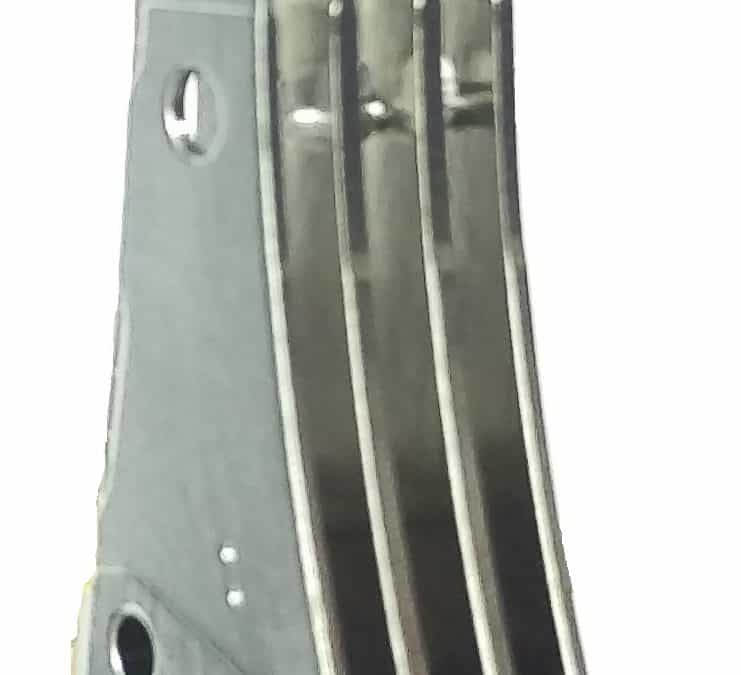 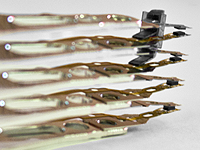 A read/write head is the business end of a hard drive. It’s the hitch of a trailer, the edge of a knife, the nib of a pen, the glove of an outfielder. It’s the interface of separate parts. It’s where the action happens.

When it reads data, it floats within a few nanometers of a spinning platter. Tiny magnetic differences on the surface of the platter — basically on or off signals — induce electrical pulses in the head, which become the stream of 1s and 0s that the right software will turn into the movie “Zoolander,” or whatever you happen to have on your hard drive.

When it writes data, electric signals flow through the head and magnetize a series of points on the platter.  We sometimes compare the read/write heads to needles on record players, but a needle — or stylus — is only a one-way translator. A needle sits in a groove and vibrates in response to the wave-like shapes that were cut into the groove. It doesn’t write anything onto a record, and the action is mechanical, rather than electrical.

In terms of what’s going on inside, the hard drive’s read/write head is actually closer to what was found in cassette players. A chief difference is scale. Hard drives now have read/write heads that need magnification to see. They float on winglike arms that carry the heads on a cushion of air so thin that you can measure it by the number of oxygen or nitrogen molecules between the head and the platter.

As you might guess, these read/write heads are highly specialized, and each drive typically has several of them — usually one per platter surface, top and bottom, if storage space is to be maximized.

When a read/write head fails, it’s big trouble. All of a sudden, the data on your hard drive is inaccessible. And worse, there’s a risk that a failed head could make contact with the platter. This is bad because any collision with the platter will likely scrape off the magnetized material that holds all those magnetic sign. These scratches — called rotational scoring — usually rule out successful data recovery because they have turned what was once data on a platter into dust.

The recovery of a failed read/write head on a Seagate Barracuda 750 GB SATA hard drive depended on a successful replacement of a head before we could recover the data. The effort was successful, and we were able to retrieve the data for Mainsail Printing & Graphics, an excellent graphic design and print shop in Savannah, Georgia.

Our client there, Rob King, writes:

I am a graphic designer and Gillware saved my business. I just received my hard drive from Gillware and it is flawless! 100% of my data was recovered. The price was half of what others wanted and the turnaround was faster too!

My business relies on this data, so waiting a month was simply not an option. The entire process with Gillware took just over 1 business week, which includes shipping, and was very much worth the price. Thanks again, guys. You rock!