Gillware is rolling out a new blog series titled “Data Recovery 101”, in which our bloggers will take a closer look at each of the different components of a hard drive and explain how they work, how they fail and how we recover the data from each failure situation.

The series will include five of the main components of a hard drive: platters, read/write heads, spindle motor, firmware and electronic components such as the control board and other circuitry. When a hard drive is functioning properly, these parts work together in an intricate balance. The parts are very delicate, and even the slightest malfunction can have disastrous consequences.

We see a variety of different failures on a daily basis, both logical and mechanical, and most failures can be tied back to one of the five components mentioned above. In the blog series, we’ll analyze each failure to give you a better idea of what’s going on inside a failed drive. But we won’t stop there, of course. We’ll also give you an inside look at some of the advanced techniques Gillware uses to recover data from different failure situations. This post will focus on the part of the drive that stores the data itself: the platters.

What are the platters?

Platters are the thin, circular discs made of glass or aluminum inside the sealed hard drive enclosure. Depending on the capacity and age of the device, a hard drive can contain anywhere from one to 10 or more platters. Each platter surface is coated with an extremely thin magnetic substrate that stores the user’s binary data (1s and 0s) in the form of a magnetic field. When these 1s and 0s are arranged in a particular order, the device can read recognizable data like pictures, documents, spreadsheets and more.

How do the platters work?

In order to store information, the binary data must be written to the magnetic surface of the platter. To access the data, it must be read. Another crucial hard drive component, the read/write head assembly, is responsible for both of these functions. The read/write heads are tiny sensors that float just 5-10nm above the surface of the platters on a cushion of air generated by the platters spinning at thousands of rotations per minute.

When operating normally, the airflow inside the hard drive chassis is smooth and consistent, resulting in the steady flight of the read/write heads over the platter surface. Although hard drives are not technically hermetically sealed devices (except for some of the new, ultra high density HDDs being built), the internal environment does need to remain free of dust and other contaminants to ensure that the heads can float unobstructed over the platters.

How do the platters fail?

In certain situations, the read/write heads can crash and contact the delicate platter surface. Since the heads are so close to the platters, even a tiny speck of dust, dirt or a fingerprint can have adverse effects on the operation of the drive (which is why it’s so important not to open hard drives outside of a cleanroom environment).

The heads can crash for a variety of reasons including spindle motor failure, power surge or sudden loss of power, among others. While this can be an entirely separate issue, the real problem can be damage to the magnetic substrate caused when the heads contact the platters and spread microscopic debris throughout the chassis which can become embedded in the platter surface. In serious cases, rotational scoring occurs, leaving score marks in the magnetic substrate when the read/write heads touch the surface as the platters rotate.

Though the damage may be microscopic, the debris continually impacts the read/write heads and eventually destroys them, making the drive inoperable and the data inaccessible. Even if the heads are replaced, the damage to the platters must be addressed, or any replacement heads will just get destroyed as well.

How can you recover data from damaged platters?

Sometimes, if the damage to the platters is too severe, the data stored on them can be unrecoverable. For example, some of the more extreme cases we’ve seen in our data recovery lab involve shattered platters, melted platters, or platters that have had the magnetic substrate completely removed from them from such a high degree of rotational scoring. When the platters are broken, incinerated or stripped of their coating, there is simply nothing to recover the data from.

In situations where the magnetic substrate is largely intact, Gillware utilizes sophisticated equipment used by hard drive manufacturers, re-engineered for the purposes of data recovery, to measure and eliminate platter debris and imperfections.  The process is known as burnishing. In order to undergo burnishing, the platters are removed from the hard drive chassis in a controlled, cleanroom environment. The platter is mounted on a custom fixture that spins the platter in excess of 10,000 RPM, which is nearly twice as fast as the platters rotate in an average hard drive. A robotic arm passes a specially designed burnishing head over the platter, which works as a precise scrub brush to remove debris and repair damage on the platter surface. Then the platters are remounted, the new heads are installed and the drive is calibrated.

Although it will not be in perfect working order, the drive is now operational to a point at which the data can be successfully extracted from the device and recovered.

In the posts to come, you’ll learn more about the different hard drive components we discussed in this post (read/write heads, spindle motor and more) and how they work together to create a fully functioning hard drive. Additionally, we’ll show you what can go wrong with each of these components and how Gillware recovers data from different situations of hard drive failure.

If you’re interested in learning more about how the burnishing process works, check out our burnisher blog post or watch the video. 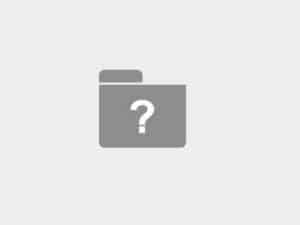