Apple introduced its Fusion Drive technology in 2012 to marry speedy solid state flash memory with traditional hard disk drives. The Fusion Drive is a proprietary system developed by Apple. It is available for the iMac and Mac Mini; however, modern Macbooks and Mac Pros exclusively use flash memory. Fusion Drives work entirely under-the-hood, and some users (and computer repair professionals) might not even know if the Mac they’re working on has a Fusion Drive.

This can have unexpected consequences when it comes to Fusion Drive data recovery. The SSD used in Fusion Drive setups is a small, tucked-away M.2 solid state drive that can easily go unnoticed by both the user of a disobedient Mac, and the computer repair technician who assesses the computer and decides its hard drive needs to go to a data recovery lab.

Due to the way Fusion Drives work, we need both the traditional hard drive and the solid state drive in order to recover the user’s data. Sometimes, we’ll receive the hard drive from a Mac that, unbeknownst to the client, belonged to a Fusion Drive setup. While we work on the drive, the user may have already replaced the old hard drive and started using their Mac again. This damages the data on the SSD and makes our job much, much more difficult—not to mention, it also makes our chances of successfully recovering our client’s data much lower.

Need Data from a Mac with a Fusion Drive? Look No Further.
Learn more about data recovery pricing

What’s Inside a Fusion Drive?

Of course, Apple is not the only vendor to marry solid state and spinning disk media. Many other hard disk drive manufacturers have worked to combine SSDs and HDDs. Seagate, for example, has its own line of hybrid hard drives. These hybrid hard drives have NAND flash memory chips connected to their control boards, which behave as a cache for frequently-used files.

Apple’s own answer to hybrid data storage isn’t quite the same as a hybrid drive, though. For starters, the Fusion Drive isn’t a single drive. Instead, it’s two separate drives: a speedy SSD, and a high-capacity hard disk drive in the usual location.

How Does Apple Fuses Drives?

Not only that, but the software managing the Fusion Drive intelligently analyzes how the user makes use of their computer, and allocates the operating system, program files, and most frequently-used files to the SSD portion. It does all of this, while still presenting the dual-drive setup as a single logical volume. It’s a bit like a RAID-0 or JBOD, only with Apple’s proprietary “secret sauce” managing how two drives connect to each other.

Like with any RAID-0 or JBOD, then, when Fusion Drives come to Gillware for data recovery, we need both the HDD and SSD to get a complete picture of a client’s data. The SSD contains the entire O/S, along with frequently-used program files and user data. It also contains most, if not all, of the filesystem metadata.

This means that without the SSD, the hard drive on its own paints a very grim picture of our chances of successfully recovering a client’s data.
The problem here, unfortunately, is that a.) the Fusion Drive is all but invisible to the end user, and b.) Apple has been making its products very labor-intensive to tear down, making it hard to get at the logic board which contains the SSD. The SSD itself can be tricky to find as well.

And so sometimes, we here at Gillware end up getting a single hard drive from a client or a computer repair affiliate who, unbeknownst to them, belonged to an iMac or Mac Pro with a Fusion Drive setup. Due to the way Fusion Drives allocate their data to the SSD, our chances of finding our client’s critical data on the HDD alone are slim.

It doesn’t take long for our logical hard drive failure recovery engineers to figure out if we’ve got the (least useful part) of a Fusion Drive setup on our hands. At this point, we contact the client, let them know that it looks like they had a Fusion Drive, and ask them to look for and send us the SSD.

Once we have both the SSD and HDD in our data recovery lab, our senior logical data recovery engineers can puzzle out how the two components fit together. This is a tough job, since Apple’s technique for combining the drives is wholly proprietary (and they’re not interested in sharing their secrets). But our engineers can usually glue the two drives together with a high degree of success.

But what can make Fusion Drive data recovery a sticky situation is if the end user has gone and put their Mac back to work after sending their original hard drive to us. Installing a new hard drive into a Mac with a Fusion Drive setup requires a complete reformat and O/S reinstall to the SSD, which can cause massive (and often irreparable) logical damage to the end user’s lost data.

How Can You Tell If Your Mac Has a Fusion Drive?

But people don’t just buy their machines directly from the manufacturer! People buy their computers secondhand as well. In these cases, the end user might not know what’s going on under their Mac’s tiny hood.

You can check if your Mac has a Fusion Drive simply by checking how quickly it boots up. Macs with Fusion Drives tend to boot up in around 15 seconds.

In addition, if you have a Fusion Drive, System information will show two drives under the SATA interface instead of just one. Checking “About This Mac” and going to the “Storage” tab will also list the Mac as having a “Hard Drive + Flash Storage”.

This is assuming, of course, that you have an official Apple Fusion Drive. Since the magic is in the software, any Mac user can make their own hybrid, providing they have a machine that supports having a second drive added to it. The SSD half in a DIY Fusion Drive may be significantly easier to find and remove. 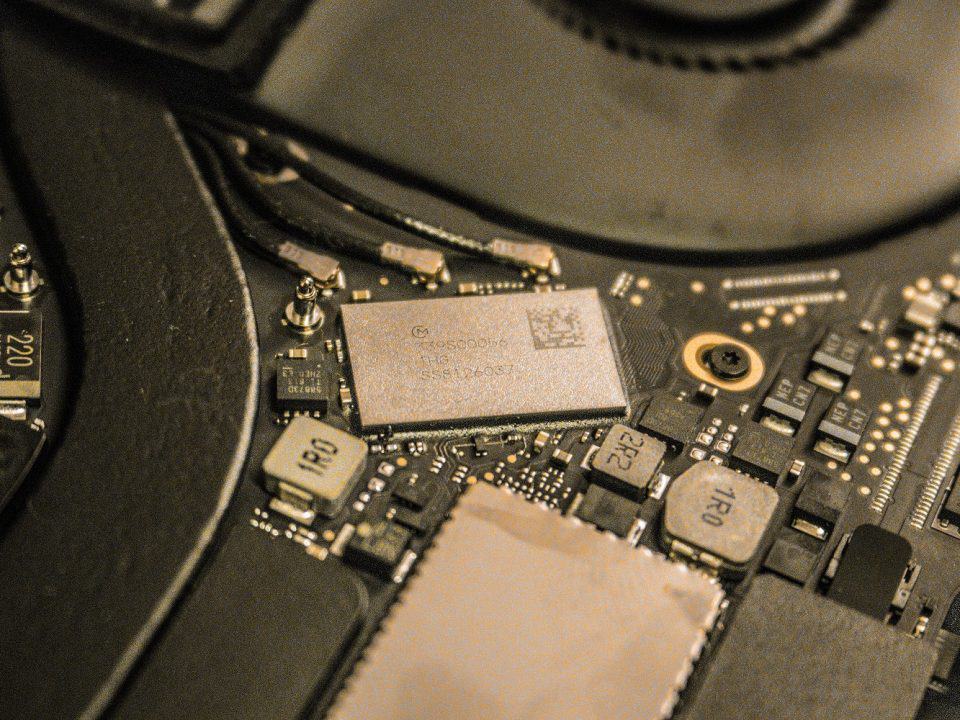