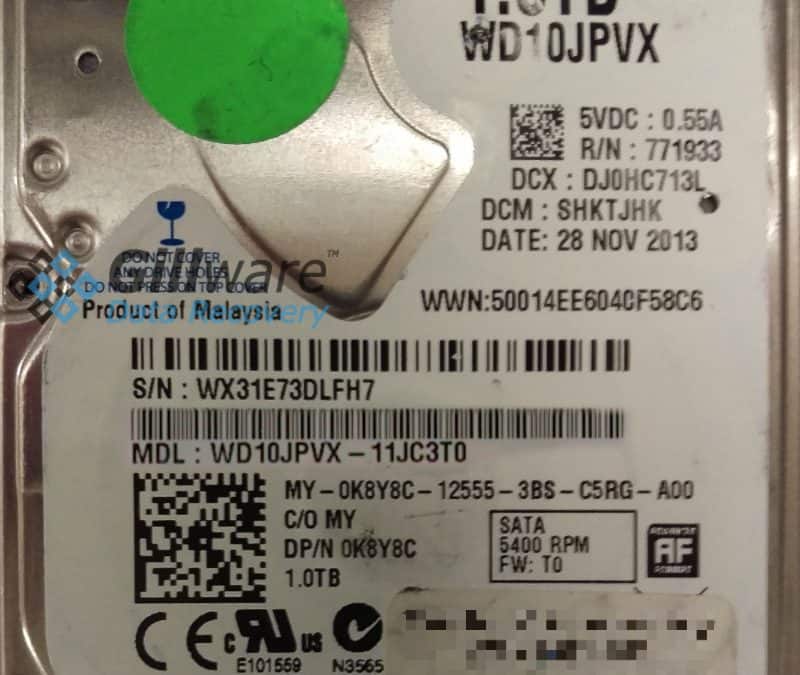 Cats and dogs whine. Children whine (and some adults, too). And, as it turns out, even hard drives can whine sometimes. While a whining child can be placated (and in rare instances, a whining cat), a hard drive that is whining is far more intractable. If you have a whining hard drive, as the client in this data recovery case did, it’s not because the drive wants anything, of course. It is because there is something very wrong with the drive.

Your hard drive making noise is just a part of its normal operations. Some more antique drives make a lot of noise. Modern drives, by comparison, are substantially quieter beasts. But even the noisiest and most talkative hard drives usually don’t have much to say (perhaps much like some members of your family). You will hear the drive spin up, the heads click as they move onto the platters, and maybe some light, intermittent gurgling as the drive goes about its business.

When a hard drive fails, the noises it makes can become much nastier. Tick-tocking clicks, loud buzzing, and grinding noises can all emanate from a hard drive when its moving parts start to break down. This data recovery client’s whining hard drive had taken to emulating a rusty door hinge when the client had tried to use it. Upon hearing the unusual noise, the client did the smart thing and unplugged the drive, contacting us to set up a data recovery case.

As soon as this whining hard drive reached Gillware, it went straight to our data recovery cleanroom. Our engineers opened up the drive immediately. When a hard drive is making noise (well outside of its usual range of sounds), running the hard drive for even just a second or two can cause data loss. Hard drives with audible sounds of failure need our engineers to open them and take a peek at their guts.

We found upon inspection a fairly familiar culprit for strange hard drive noises—the read/write heads. The stack of magnetic read/write heads that, as their name suggests, read data from and write data to the hard disk platters inside the drive, are a hard drive’s workhorses. No other components work so hard or move so much. While the platters just nanometers apart from them spin at thousands of revolutions per minute, the read/write heads constantly swing back and forth from the center to the edge of the disks.

Sometimes, as was the case in this situation, the heads crash onto the surfaces of the platters. When this happens, sometimes the platters keep spinning while the heads stay in place, gouging scratches in the platter surfaces. But in other situations, the heads clamp down on the platters and freeze them in place. This is what had happened to the whining hard drive in this data recovery case.

A spindle motor spins the platters inside every hard disk drive. The hard drive spindle motor is a determined creature. It never gives up. Even if the platters won’t budge, it keeps on trying to spin them. In these kinds of situations, you can hear a hard drive making beeping or, in our client’s case, whining noises. If the drive keeps on running, the motor can burn itself out.

To get the platters spinning again, our engineers had to gently unstick the heads from their surfaces. This is a delicate procedure that, if done improperly, can easily damage the heads and scratch the surfaces of the platters. Of course, our cleanroom data recovery experts are so well-trained that they could safely unstick read/write heads in their sleep (not that we’d like them to try). Once the platters could spin freely, our engineers inspected the hard drive and determined that the heads and platters were still in good condition.

The client was very fortunate; it’s common for us to see head crashes that cause catastrophic damage to read/write heads and irreversible damage to hard disk platters. Often, our engineers must use replacement read/write heads from a compatible donor as part of our data recovery efforts. The read/write heads in this client’s whining hard drive (which, after our engineers unstuck the heads, no longer whined), though, were still functional enough for our fault-tolerant data recovery tools to help us image the drive without swapping parts.

Our logical data recovery analysts took a look at the recovery results. The vast majority of the client’s data had been fully read. There was only a very minor amount of file corruption affecting the client’s valuable documents and photos. We rated this data recovery case a high 9 on our ten-point case rating scale.