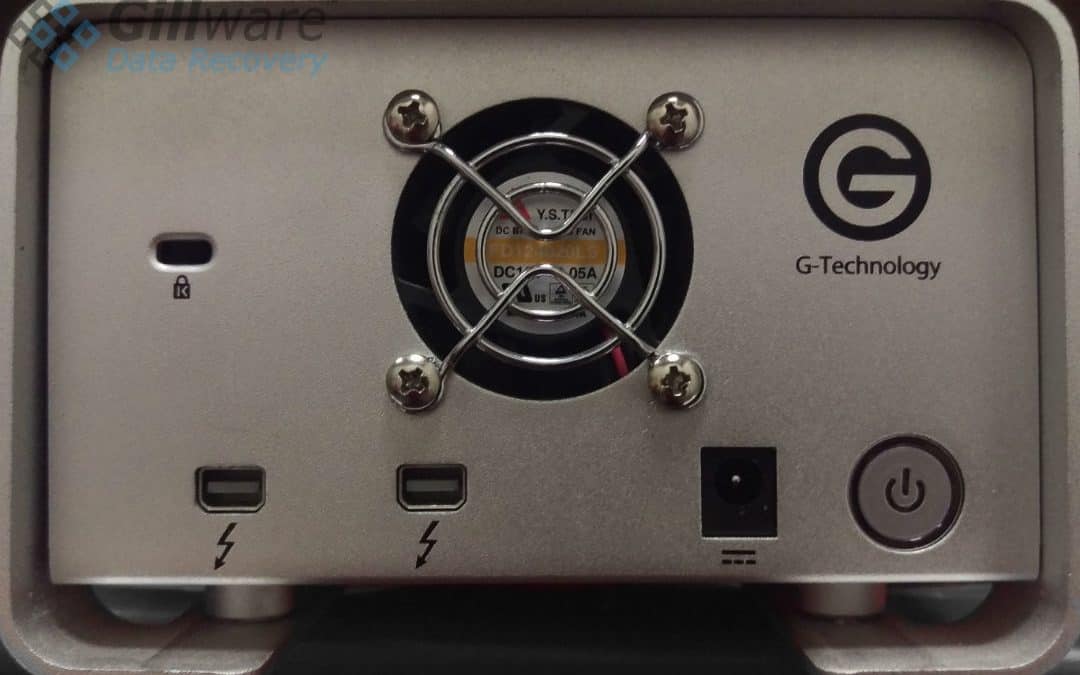 In this case study, the client had been using a G-RAID enclosure as an external device for their Mac Pro. There were two four-terabyte Hitachi hard drives inside the enclosure. A RAID-0 array connected the two drives. The client used this eight-terabyte RAID-0 array to store their documents and photos. When the drives in the array failed to spin up one day, the client brought the G-RAID to us for data recovery. Our data recovery experts were able to successfully recover the client’s files in this G-RAID data recovery case. 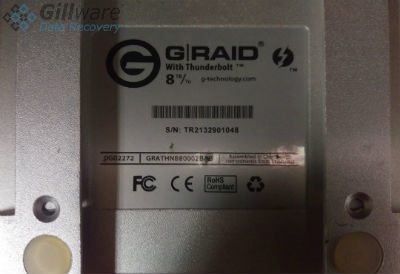 RAID-0 is a very simple way to connect two or more hard drives together. The hard drives in the array are “striped” together. Each drive contributes the whole of its capacity to one massive, unified storage volume. Since the data gets chopped up and placed onto multiple drives, whenever the user needs to read a file, the array can access multiple disks at once. This boosts read/write speeds.

Every hard drive has several major points of failure. Its motor, read/write heads, platters, and control board can all fail. Multiple components may even fail simultaneously. Two hard drives together have twice as many points of failure. Three hard drives have three times as many failure points. RAID arrays such as RAID-5 have redundant parity data in case one drive fails, cutting down on failure points. But RAID-0 has no fault tolerance.

Inside the client’s stylish, burnished-metal G-RAID enclosure, a controller board connected the two hard drives. This controller board actually did all the hard work of the RAID array. It stripes the drives together. It breaks incoming data apart and stitches outgoing data together. And it makes the two drives appear to be a single volume. Like any other device, a RAID controller board can fail just as well. Therefore, a two-drive RAID-0 array is actually more than twice as likely as a single hard drive to fail.

G-RAID enclosures are not meant to be opened up by the user—or, at least, not without voiding the warranty. These enclosures, by design, offer users RAID functionality without the need to voyage into the complicated world of RAID setup and maintenance. They are simple and easy to set up. The client could not get into the G-RAID to replace the failed controller, or even remove the drives by themselves. 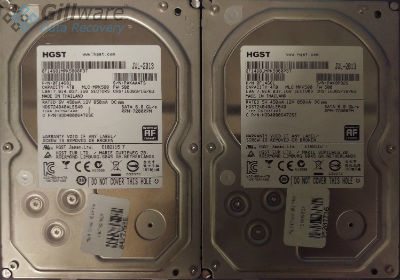 In this G-RAID data recovery case, our data recovery experts had to remove the two drives from the G-RAID enclosure. After a cursory examination by our engineers, we could confirm that both drives were completely healthy, as the client had suspected. After making complete forensic disk images of both drives, we sent them to our RAID experts for the next phase in the data recovery process.

In order to connect the hard drives in a RAID together without the original RAID controller, our RAID experts need software to emulate the controller. Since each controller works slightly differently, our RAID recovery experts usually need to write custom emulation software for each different model of RAID setup that comes our way. Our RAID data recovery experts reverse-engineer this emulation software from the metadata on the drives themselves.