Skip to content
Table Of Contents show
1 The Fall of Icarus
2 What Does It Take to Send a Hard Drive to Davy Jones’ Locker?
2.1 CMI’s First Mistake
2.2 CMI’s Second Mistake
2.3 A PC Post-Mortem
3 The Making of CMI Reef
3.1 The Downsides of Artificial Reefs
4 Natural or Artificial?

Hard disk drives might seem like a dry subject. But the history of hard disk drives and their evolution from five-megabyte fridge-sized monstrosities to five hundred gigabyte drives smaller than a deck of playing cards is anything but. In the HDD industry, players both major and minor have exhibited all sorts of bizarre behaviors, such as the creators of the MiniScribe intentionally replacing their hard drives with literal bricks.

In over 60 years of innovation, plenty of models of hard drive have made waves in the tech scene. But none have made quite as much of a splash as the IBM PC AT’s 20-megabyte hard drive.

We don’t expect to see any AT hard drives come into Gillware’s lab any time soon. This is partly because they were made in the 80s (and it’s rare enough for us to encounter HDDs made in the 90s). The other reason is because a good portion of them are currently at the bottom of the ocean.

Just off the coast of Boca Raton, in fact (which was, in the 1980s, home to IBM’s sales division).

The Fall of Icarus

In the 1980s, IBM was hard at work developing the IBM Personal Computer/AT, otherwise known as the PC AT. IBM asked CMI to design the hard drive for the PC AT. CMI created hard drives with 20 megabytes of storage space and 40-millisecond seek times. This should seem piffling to anyone this article in 2017, and will probably seem even more laughable to anybody reading after 2017. But back in the 1980s, it wasn’t too shabby. They weren’t the highest-capacity drives on the market, or the fastest. But they tried to be efficient—to do more with less.

Soon after the PC AT was released, it started to become clear that the PC AT hard drive designed by CMI had flown just a bit too close to the sun in their pursuit of cost-effectiveness. Vendors, resellers, and users noted worryingly high failure rates. Once IBM discovered the problem, they noticed failure rates of up to 95 percent in the first-generation CMI hard drives right off the assembly line. While people pointed fingers at all sorts of possible culprits, many PC vendors and resellers found that the PC AT was much more stable… when you replaced the CMI hard drive with a different model. Nobody, not IBM or CMI, was proud of these drives, and for good reason. They were terrible.

Core International, one of IBM’s partners in providing disk drives and other products, was renowned for its advertising and promotional campaigns. Their then-president Hal Prewitt devised an eyebrow-raising recall campaign for the failed line of CMI drives.

The plan: throw them into the ocean.

Like Icarus, these hard drives were fated to plunge to the depths of the sea.

What Does It Take to Send a Hard Drive to Davy Jones’ Locker?

What went wrong to make this model of hard drive such a dud?

As it happens, a lot. As Prewitt put it, the drive “simply exceeded its overall design capabilities. It tried to get too much out of too little.”

CMI was under a lot of pressure to pump out a lot of hard drives quickly and cheaply. The design decisions made as a result led to a hard drive that was practically useless.

Modern hard drives use a voice coil to make their read/write heads sweep across the platter surfaces quickly and efficiently. This technology existed in 1984, but the AT hard drive didn’t use it. Instead, like hard drives in days of yore, it used servos to move the heads. These servos were bigger and slower than a voice coil. To make up for the shortcomings of the servos, the drive had an optical feedback device to help its read/write heads read and write data accurately. The problem with this solution was that any stray grain of dust inside the drive could fly by and block the optical device—like waving your hand in front of a camera.

Where would that dust come from, you may ask. Unfortunately, this leads to the CMI AT hard drive’s second, and far more severe, fatal flaw. Normally, when you power off your hard drive, the read/write heads take time to retract, moving away from the hard disk platter surfaces before the platters stop spinning. If a hard drive, even a modern drive, loses power too suddenly, the heads might not retract properly. As a result, when the platters stop spinning and the thin cushion of air holding the heads aloft dissipates, the heads can bite down on the platters. This can cause dings on the platter surfaces, and even rotational scoring, the bane of data recovery labs the world over. The scoring turns portions of the thin magnetic platter coating holding your data into dust, which flies around the interior of the drive.

I’ll give you three guesses as to which feature the AT hard drive lacked—and the first two don’t count.

That’s right: every time you turned your IBM PC AT off, its hard drive’s read/write heads could easily clamp down on the platters, leaving little bite marks and plowing little furrows in their wake. And when you turned your PC back on—if your hard drive would even boot—you could have lost whatever data lived where the heads had landed. Designing a hard drive is a bit like playing golf, in that you want to have the lowest “score” possible. This hard drive took the opposite approach in its design, and would score itself as often as possible.

Automatic read/write head retraction wasn’t an unheard-of technology in 1984. Whatever excuse CMI had for not putting it into their hard drive, it didn’t change the fact that this was, in the eyes of many, one of the worst hard drives ever created. Instead of doing more with less, CMI just ended up doing less with less—as is often the case.

CMI’s AT hard disk drive had more flaws than these two. But these were by far the most dire. The hard disk’s clunky servo-driven read/write heads and propensity to score itself over the course of its normal operation made it, for most people, nigh-unusable. Al Stone, a Long Island computer distributor, was quoted in the August 29, 1986 issue of PC Mag as saying, “I believe that the CMI drives are one of the biggest frauds ever perpetrated on the American public.”

If you ask my opinion, the MiniScribe fiasco still holds that dubious distinction in the HDD industry. But, then again, I wasn’t there.

The Making of CMI Reef

Hal Prewitt of Core International hoped that an artificial reef of defective CMI hard drives would make a better home for fish than it did for people’s data. His aggressive “Great Recall” ad campaign offered $1,000 to anyone willing to repurpose the first-generation CMI hard drive in their PC AT for environmental conservancy. Surprisingly, only a few thousand hard disk drives made it back to Core International, making for a rather small artificial reef.

These artificial reefs, much like natural reefs, are like high-end condominiums for fish and other aquatic wildlife. Sea creatures flock to them like retirees to Florida. Large reefs can be used to block the passage of ships, as the ones made by ancient Romans and Persians did.

They’re not quite as good for tourism as natural coral reefs, mainly because they aren’t quite as colorful or beautiful. No one wants to go snorkeling over a mound of cinder blocks (although shipwrecks prove quite attractive to scuba divers). But artificial reefs can also boost tourism by improving surfing conditions and reducing shoreline erosion, so that nearby beach bums can get a nice tan and catch some gnarly waves.

The Downsides of Artificial Reefs

Condo for fish or environmental gaffe? We’ve retired tires as building materials for artificial reefs for reasons that seem pretty obvious in hindsight.

All that aside, artificial reefs aren’t all sunshine and roses, though. They have their benefits and drawbacks. Over the past few decades, environmental scientists have begun to wonder if those drawbacks outweigh the benefits.

All in all, hard disk drives were probably a poor choice of construction material for an artificial reef (albeit probably better than tires). Things were different in the 1980s, but today, a highly-publicized campaign to dump thousands of recalled hard drives in the ocean would probably draw some equally-public ire from environmental advocacy groups.

Artificial reefs aren’t designed to replace natural reefs. Even trying would be a fool’s errand. Whatever we make artificial reefs out of, they just can’t replace our planet’s gorgeous coral reefs. No assemblage of cinder blocks, scuttled ships, or hard drives could ever compare to their rainbow-hued, alien beauty.

But unfortunately, one day we might not even have the luxury of choice. 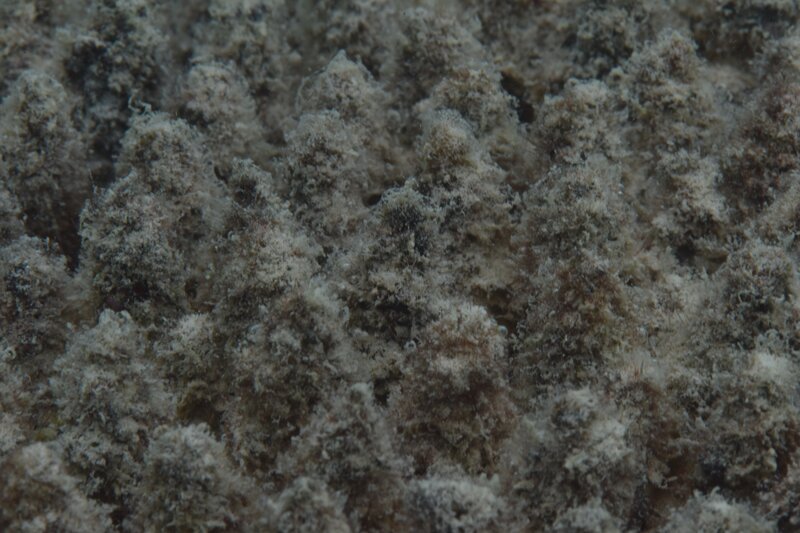 Recent studies on the health of the Great Barrier Reef have set off loud warning sirens among the scientific community. Severe coral bleaching affecting the Great Barrier Reef—caused by rising ocean temperatures, severe weather patterns, industrial pollution, and other stress factors over the past few years—has many people fearing that the iconic reef, and coral reefs around the world as well, may not be long for this world if current environmental trends continue.

This would be bad for tourism in these regions, and for fish (of course)—not to mention that the same environmental factors killing off these reefs have consequences far beyond turning our oceans into an eyesore.

We may find ourselves living in a future with reefs made not of beautiful coral, but entirely of monuments to corporate corner-cutting and human hubris sooner than we think. Visit the Nature Conservancy to see what you can do to help protect and preserve coral reefs around the world.