SSDs come in a wide variety of form factors, since they have far fewer constraints on size and shape than traditional drives. This is great for manufacturers of tablets and thin notebooks, because it lets them pack usable amounts of storage in very small and thin spaces. A lot of SSDs on the market stick with the traditional 2.5-inch laptop form factor and SATA interface. But if space is at a premium, manufacturers will go for smaller and thinner SSDs. In this SanDisk SSD recovery case, our client’s laptop failed to boot up. They opened up the laptop to retrieve the drive and found a SanDisk A110 SSD that didn’t look at all like a traditional hard drive:

The SanDisk A110 SSD looks like a black rectangle with a few NAND flash memory chips and a controller chip. It’s tiny, far too tiny to have the SATA ports you’re accustomed to seeing on modern hard disk drives. Instead, the SSD plugs directly into an M.2 socket on your computer’s motherboard.

SATA interface protocols aren’t the only game in town. High-performance SCSI and SAS interfaces, for example, see use with enterprise-grade hard drives for servers. Solid state devices have a few special connections of their own as well. These connections tend to take up less space, making them ideal for thin notebook laptops, use other protocols. They were also designed with the unique needs and capabilities of flash memory in mind. When space is at a premium or the user wants the best possible performance from their flash storage device, SSDs with M.2 or PCIe connectors will typically be used in lieu of SSDs conforming to HDD form factors and SATA protocols.

The contents of your SSD look exactly the same to you as the contents of your hard disk drive. But underneath the layers of abstraction, an SSD actually works radically differently from a hard drive. There are no read/write heads, or magnetic disks to hold all the ones and zeroes in an SSD, just a cluster of flash memory chips and a controller to sort all the data together.

There are some similarities between HDDs and SSDs (beyond the fact that they both hold your data, of course). In both hard drives and solid-state drives, firmware acts as the drives’ “operating system”. It manages your computer’s access to the data on the device. HDD firmware O/Ses vary wildly between models and manufacturers of HDDs. The same is true of SSD firmware–each model works a little differently.

When your computer acts up, sometimes you (or a computer repair technician) have to delve into its O/S to fix the issue. This is not something your or your computer repair technician can do to a hard drive or SSD. The firmware for data storage devices is not meant to be accessed outside of the factory floor (or a data recovery lab with specialized tools). Manufacturers design firmware to be fairly robust, as there are very few people in the world capable of fixing it when it breaks down. Unfortunately, firmware isn’t perfect, and it sometimes will break down. Around one in every ten cases we see in our data recovery lab have to do with firmware problems.

A firmware bug was the problem in this SanDisk SSD recovery case. It wasn’t a severe bug, but its main symptom was that the device would hang when asked to read certain sectors. When a storage device hangs, it is attempting to retrieve data, but for some reason, it cannot. This is usually due to an issue with either the physical components of the device or its firmware.

Most computers have strict timeout limits when a storage device is hanging, in order to prevent the device from damaging itself. Fortunately, if we know there is little danger to the physical components, we can configure our fault-tolerant recovery tools to wait as long as necessary to read a sector. Our skilled SSD recovery experts could use our data recovery tools to work around the firmware issue affecting this SanDisk SSD.

Our data recovery engineers were able to read 43.5% of this flash device’s raw binary. After logical analysis, our technicians could recover 99.9% of the SSD’s file definitions and files. The user’s important documents and family photos were corruption-free. We rated this SanDisk SSD recovery case a 9 on our ten-point case rating scale. 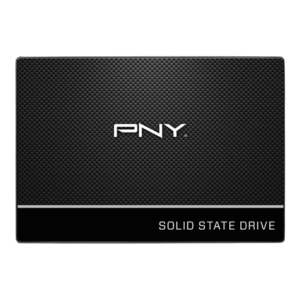 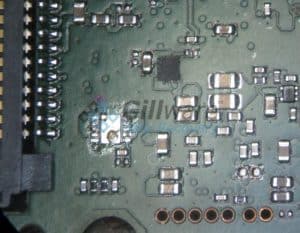