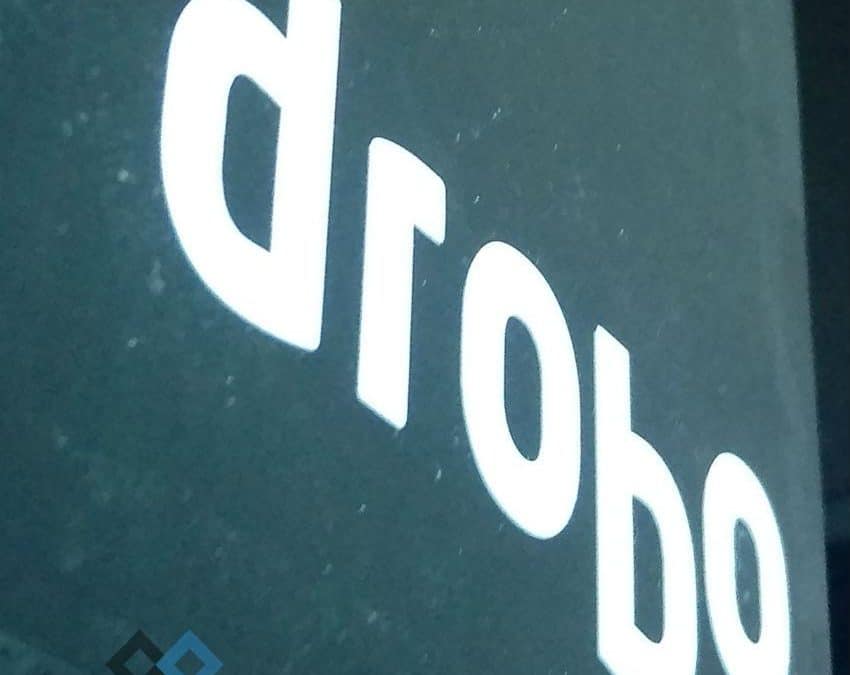 The client in this data recovery case came to us when their Drobo unit suddenly showed up as blank on their Windows PC. Drobo units, designed by Data Robotics, combine multiple hard disk drives into single massive storage volumes, but not in the same way as other RAID arrays. They are a bit like large NAS devices, except more geared toward personal use and built for flexibility and ease-of-use. The proprietary techniques used by Data Robotics to make their Drobo units so accessible and easy to use can also make Drobo data recovery extra challenging for our data recovery specialists. But our Drobo data recovery experts weren’t going to let those challenges stand in the way of a successful recovery.

When you turn on your PC, the first thing it does is look for something to boot from. Every boot-capable storage device has a rank to your PC’s motherboard. Normally, your internal hard drive is number one, followed by your CD drive, then any attached USB device. The internal hard drive contains your operating system. You can also boot from a CD or USB flash drive containing O/S installation and repair files when needed. But the boot order can become jumbled. This leads to a failure to boot as your PC tries to boot from a device with no bootable files. This usually doesn’t lead to any data loss, but can give you a headache.

In particular, if you start up your PC with your Drobo unit already connected via USB, your PC might mistakenly put the Drobo in the number one slot instead and try to boot from it instead of the internal hard drive containing your operating system. Now, Drobo units aren’t set up like normal external hard drives. Their filesystem is totally proprietary, and your PC can only recognize it through the proper Drobo management software. And so when your PC looks at the Drobo unit and tries to boot from it, all it sees is nonsense. This brings up the “invalid partition table” error message.

In most cases, this problem can easily be solved by going into the BIOS by pressing F2 at startup and changing the boot order so that your PC’s internal hard drive is once again #1. But this client, instead, attempted to reinstall Windows and repair the operating system, believing that the O/S was the problem. They ended up inadvertently initializing the Drobo unit in the process of reinstalling their operating system, causing severe damage to the unit’s logical filesystem metadata.

To Infinity… and Beyond RAID Partition Recovery 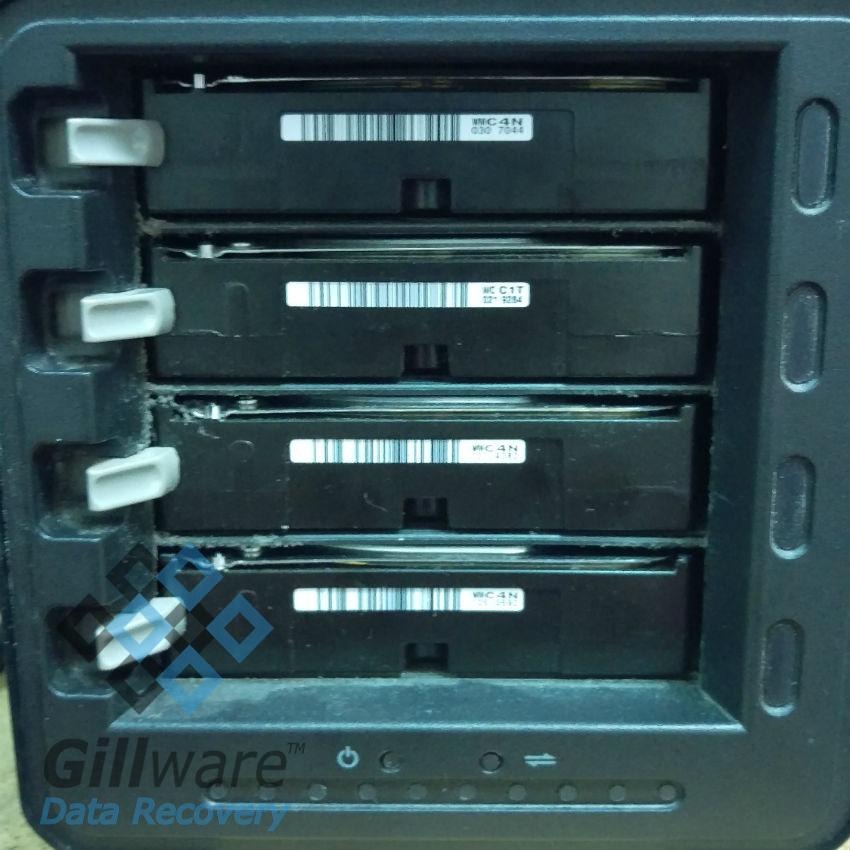 Our RAID recovery engineers have seen just about every type of RAID and RAID-like setup come into our data recovery lab. None are as strange and unusual as Drobo’s own peculiar design.

RAID stands for “redundant array of independent/inexpensive disks”. In a RAID array, multiple separate hard drives come together to form a single large storage volume. RAID arrays are often found in NAS devices intended for small businesses, freelancers, and home users, as well as servers for businesses of all sizes. RAID arrays “stripe” the data written to them, breaking up your data and writing it to each drive in the array. Different “levels” of RAID also provide varying degrees of data redundancy, allowing users to avoid data loss even if one or two drives in the array fail.

Data Robotics has its own RAID-like design, but it doesn’t play by RAID’s rules. Drobo units rely on a totally proprietary system known as “BeyondRAID”. BeyondRAID provides immense flexibility beyond the constraints of normal RAID setups, such as support for using disks of various sizes and expanding capacity by adding new drives on the fly. But beneath this flexibility lies incredible complexity, and the complicated inner workings of BeyondRAID are shrouded in secrecy.

In addition, Drobo units don’t just use a proprietary RAID-like format. Even the filesystem they use is wholly proprietary. Instead of using NTFS, FAT32, HFS+, or some flavor of Linux—all of which are very well-documented—Drobo’s own filesystem is a black box.

The combination of proprietary features provides additional hurdles for Drobo recovery, even compared to other RAID data recovery procedures. For starters, our engineers can only construct the RAID array inside the Drobo enclosure. In most RAID data recovery scenarios, our RAID recovery experts can reconstruct RAID arrays outside of their enclosures by creating custom RAID recovery software to emulate the RAID controller. Because the Drobo enclosure itself performs so much of the work translating the proprietary RAID setup and filesystem, though, our engineers must use the enclosure itself as one of our tools to reconstruct the client’s data.

Drobo recovery work began with making 100%-perfect disk images of the client’s four hard drives on our own healthy hard drives and inserting the duplicate drives into the Drobo unit. From that point, our RAID recovery experts Greg and Cody could analyze the filesystem through the Drobo enclosure and see the extent of the damage. There was a lot of it.

Accidentally initializing the Drobo unit had wreaked havoc on its filesystem metadata. The casualties were immense. The file definitions had been completely wiped out. File definitions fulfill a very important function for any filesystem. As the name implies, this metadata defines every extant file on the hard drive. The file definitions tell your computer where to go to find each file on the drive. It also defines some of the other metadata associated with each file as well. When all of it goes missing, the roadmap pointing you to your files goes up in smoke.

But that’s not the end of the story. Even with the map to the files gone, our engineers still have a few tricks up our sleeve to get those files back. One such trick relies on file headers. 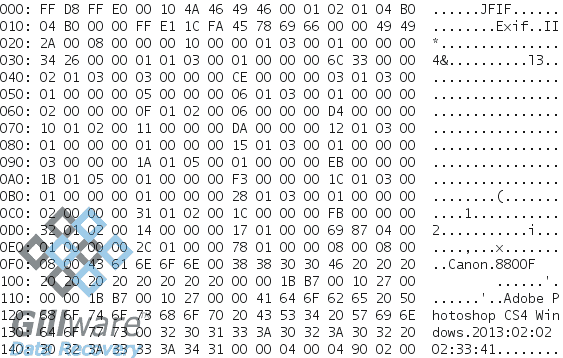 The first few lines in this file’s first sector make up the file header, telling us that the file is a JPEG image.

Every file has a file header. The file header makes up the first few dozen bytes of the file’s first sector. In these few bytes, the file header lays out what type of file it is and how it should be treated. A JPEG file will have a header that says, “I am a JPEG, treat me like a JPEG”. Every other JPEG will have a similar header. A Microsoft Word document will have a specific file header, which it shares with all other Word documents. And so on and so forth. With the help of our logical data recovery tools, we can scan through a storage device, sector by sector, and pick up the specific file definitions for thousands of common file types.

By scanning for common file headers, our Drobo data recovery engineers could recover over 190 gigabytes of data from the inadvertently initialized Drobo unit. We sent a list of the recovered files to the client to help gauge the quality of the data recovery results. The client carefully reviewed the list of files our raw file header scan had turned up and let us know that we had successfully recovered the majority of their most important documents and photos. This initialized Drobo data recovery case was a success.