Heather’s laptop helped her manage the beautiful cottages she rents and helped her keep up with the great blog she writes (cottageblogger.com) from Ontario Canada. As with many laptops, though, this machine had begun getting noisier and noisier. She describes the scene:

My laptop had been sounding like a jet engine for some time — so much so that my co-workers banned me from having it on in the office. The noise steadily increased (and got ignored) until I was met one morning with a blank screen and a failure to boot it up.

Heather had been backing up some of her important files, but, as is usually the case, not all of them all the time. In particular, she had not backed up any Outlook files, which meant losing her contacts and emails.

That was the most important thing and could have severely impacted my business. A friend who had looked at it had said it was not recoverable — so I was resigned to never getting it back. I had a lot of work in front of me to rebuilt my data. I’d also lost my .jpg family (my photos) which would have been quite a loss.  I am not one to be overly concerned about things we have no control over, but it was a real wake up call about keeping data backed up regularly.

Instead of giving up entirely on the thought of ever recovering this information, Heather tweeted about its loss, which happened to be seen at Gillware.

Afterward, she noted the wonder of all this connectivity in under 140 characters:

I love Twitter! @gwdatarecovery answered my plea for help and have recovered all files on my defunct hard drive. Excellent service

Her drive is typical of the dozens of laptop drives we see each week at Gillware. Laptop drives tend to be a bit less complex, with fewer platters and read/write heads, but they are basically as vulnerable to failure as any other drive. The one advantage that’s built into laptop drives — and is becoming the standard for other drives as well — is that they park the read/write heads off and away from the surface of the platters whenever possible. In a sense, they take the needle off the record whenever they can to avoid scratches and accidents. That helps minimize the risk that the read/write heads — which are designed to float over the data on a tiny cushion of air — will make contact with platters.

In this case, the motor that spins the platters had failed. Before failing, these motors often buzz, so that could have contributed to the noises Heather was hearing toward the end. When the motor stopped, the heads landed on the platters and were ruined. Recovering the data required invasive clean room work, in which the motor and the four read/write heads were replaced before an image of the data was copied from the platters.

We often get questions about what actions could have prevented or caused hard drive failures, and there’s no easy answer. In this particular case, the computer wasn’t dropped; it was just used normally. It’s true that there were noises, but most of what she was hearing was probably cooling fan noise. There would be nothing absolute to predict a drive failure. Our best tip for laptop users to avoid drive failures is to shut them down properly, using the Start Menu, to avoid stranding the heads out on the platter surfaces.

And of course, as Heather mentions, back your data up!

We’re happy that Heather’s contacts and e-mails are back in business and we hope it means that more people will spend some time this summer relaxing in a beautiful cottage. 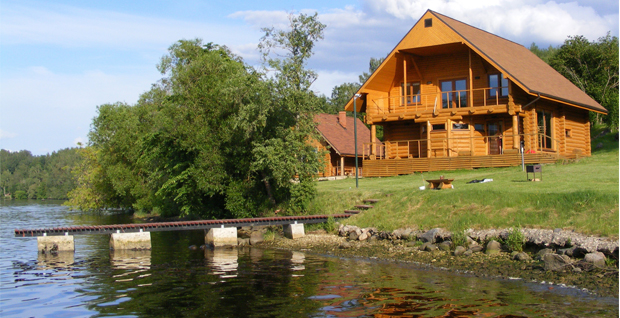