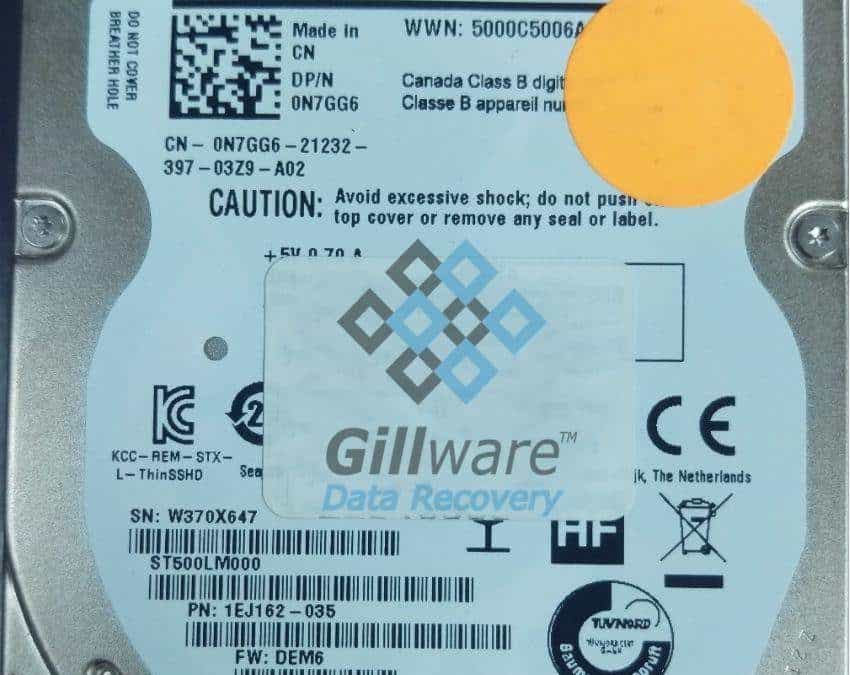 This client sent the hard drive inside their laptop to our Seagate HDD recovery specialists when the drive stopped working. It hadn’t been a quick death, either. Over time, the client had noticed their computer growing slower and slower, struggling to perform even the simplest of tasks. The client scanned their hard drive and found that their drive was extremely unhealthy, and only getting worse. Unlike living creatures, you can’t treat an unhealthy hard drive with medication and watch it get better. The client tried to pull as much of their data from the drive as possible before it passed on. But when the drive finally bit the dust, the client was left mostly empty-handed.

Would Your Hard Drive Rather Die Slowly or Quickly?

When it comes to hard drive failure, a quick death is almost preferable to a slow one. When you wake up in the morning and your computer won’t boot up and you can hear beeping or clicking, you panic when you realize just how much data you’ve lost, and then you frantically start looking for solutions.

But when you can see your hard drive dying right before your eyes, it’s even worse. In addition to the crushing feelings of loss and desperation when the drive finally dies, you have to deal with the drive’s long, slow, agonizing death first—and struggle to salvage as much data as possible before the drive gives up the ghost. It’s a race against time. You can feel the seconds tick by as you watch the progress bar inch forward and wonder which will end first—the file transfer, or your hard drive’s life.

But whether it’s a quick death or a slow death, you end up in the same situation. You have a dead hard drive, and you have important files on it—files that you need back. Whether it’s your financial records, your family photos, your music or artwork, or anything else, precious data is precious. And you can count on the specialists at our data recovery company to help you get it back.

Most people don’t think about this, but hard disk drives actually have an operating system of their own, just like the computers they live in. The hard drive’s firmware makes up its “operating system”. Firmware serves as the connective tissue between the hard drive’s user and the data on its hard disk platters. Firmware regulates how the hard drive interprets the data on the platters and serves it up to the user, making it one of the most crucial parts of the drive.

Hard drive firmware is extremely complex, and has no documentation. It can’t even be accessed without using special tools. Nobody is supposed to go around and mess with the firmware. But when hard drive firmware goes bad, somebody has to fix it. And that’s where Gillware comes in.

The data recovery experts in Gillware’s lab have over ten years of experience, with the specialized tools and years of expertise and careful study needed to not only access hard drive firmware, but fix the parts of it that become corrupted. Only a handful of people in the world have these skills, and Gillware employs a few of that handful. Our Seagate HDD recovery specialists could diagnose and fix this hard drive’s firmware issues.

After delving into the firmware and fixing this hard drive’s issue, we had a more-or-less functional Seagate hard drive on our hands. Its read/write heads were still wearing out, but our fault-tolerant tools made it possible to salvage data from the platters without replacing the heads (replacing hard drive parts is much harder and riskier than it sounds, even in a cleanroom, and a fault-tolerant data recovery platform like HOMBRE makes our engineers much more efficient and cuts back on unnecessary or excessively-risky work).

Firmware issues in failing hard drive often reassert themselves, even after our engineers fix them, so we had to carefully target the client’s important documents and photos just in case the drive’s condition worsened. Our data recovery technicians successfully recovered 99% of the client’s important files from their laptop’s failed hard drive. We rated this Seagate HDD recovery case a 9 on our ten-point scale.