Earlier in 2016, Microsoft triggered waves of complaints after seemingly luring Windows 7 and 8 users into upgrading to Windows 10. The upgrade popups Microsoft had been using to pester users had been becoming increasingly deceptive, making it harder to opt out of the upgrade… and easier to opt in by mistake. About a year earlier, Microsoft had drawn ire by announcing that updates to Windows 10 would be forced onto customers—whether they wanted it or not. Far too many of us are familiar with having to hold off on updates to avoid bricking our computers. But can a forced upgrade brick your hard drive, too? That is—can upgrading to Windows 10 cause a hard drive crash?

The client in this data recovery case fell victim to a forced upgrade. They weren’t happy about it. And they were even less happy when their computer became extremely sluggish. Just a week later, their computer failed. It wouldn’t even boot up.

After visiting several computer repair technicians, the client found that more than just their laptop had failed. Their computer’s hard drive had failed as well. After unsuccessfully attempting to pull the data off of the crashed hard drive, a repair technician recommended Gillware’s data recovery services. From that point on, it was up to our data recovery professionals to get their data back.

Can Windows 10 Updates Cause a Hard Drive Crash?

It’s a common story: Microsoft recommends a security update, you go through with it, and the next thing you know, your printer won’t work. Or worse, Windows won’t start up at all. Windows updates have a long history of breaking compatibility with applications, device drivers, or even your computer itself. Over the years, Windows Automatic Updates have led to plenty of painful situations. For this reason, many users prefer to hold off on updating Windows until they’ve had time to confirm that the update won’t leave them hanging.

It’s been well-documented that Windows updates can make your computer crash. But can they make your hard drive crash as well?

A physical hard drive failure happens when something disrupts its performance. Dropping a hard drive can damage the drive’s read/write heads and hard disk platters. Suddenly disconnecting a hard drive, such as when you hard reset your computer or pull the plug, carries the slim risk of corrupting the hard drive’s boot sector or causing its heads to crash. For example, in one of our RAID-1 recovery case studies, a hard reboot corrupted the partition tables of both (extremely unlucky) hard drives. 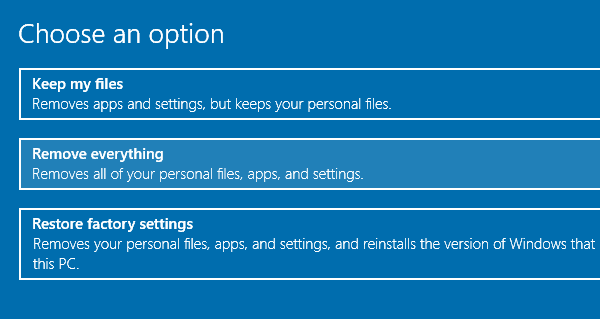 It’s actually fairly unlikely for a Windows upgrade, failed or successful, to actually cause any of these things to happen and disrupt the drive’s physical performance to the extent where the drive becomes completely unusable.

We’ve seen a few clients come to us with failed hard hard drives after upgrading to Windows 10. Naturally, they assumed Windows had been responsible for the hard drive crash. We’ve seen very few cases, though, where we could say with even the slightest certainty that Windows 10 was responsible for their loss. As components age, they can break down as well without suffering any unusual trauma. A failing hard drive can also damage its own firmware before its innards have completely broken down and brick itself. Most of the time, when people come to us and think Windows 10 caused a hard drive crash, it’s actually just because their hard drive wore out on them.

We’ve actually seen a Windows 10 reset delete user data, although that’s not quite the same thing as a Windows update turning your hard drive into a brick. When you suffer a hard drive crash, correlation does not always imply causation.

The chances of a Windows 10 update causing a hard drive crash are slim to none: This is one thing you don’t have to blame Microsoft for.

Recovering from a Hard Drive Crash

To salvage the data from this hard drive crash, we had to first open the drive up and inspect its components in our cleanroom data recovery lab. Our engineers found out that this hard drive’s read/write heads needed to be replaced.

The read/write heads perform the extremely necessary task of reading and writing all of the data that goes in and out of the hard drive. They are the workhorses of the drive. As such, they are often the first component to break down with age and use. When the read/write heads fail, they have to be replaced in a cleanroom data recovery lab. This prevents any possibility of contamination of the hard drive’s innards. Even an errant speck of dust inside a hard drive can lead to disaster.

It takes a highly-skilled data recovery engineer to replace a set of read/write heads. Fortunately, at Gillware, our lab is choc full of them. One of our engineers found a compatible donor set and successfully replaced the failed read/write heads. After carrying out the delicate operation, we could read data from the drive. We successfully recovered 99.9% of the user’s files, including all of their critical documents and Photoshop projects. We rated this data recovery case a 9 on our ten-point case rating scale.