This client came to us for Samsung data recovery services after their computer stopped booting from their Samsung HM321HI hard drive. The computer had trouble reading the hard drive, and while it could see a device to boot from, it couldn’t load Windows boot files from the drive. When your PC tries to load Windows, it searches for the boot configuration data, which is found in a hidden boot folder on the drive’s system partition. In this case, the PC could not find this boot configuration data. And so it spit an error message out at the user.

The client removed the hard drive from their computer and connected it to another PC to copy off its data, only to encounter more errors. At their wits’ end, the client searched for professional data recovery services and ended up at Gillware Data Recovery. 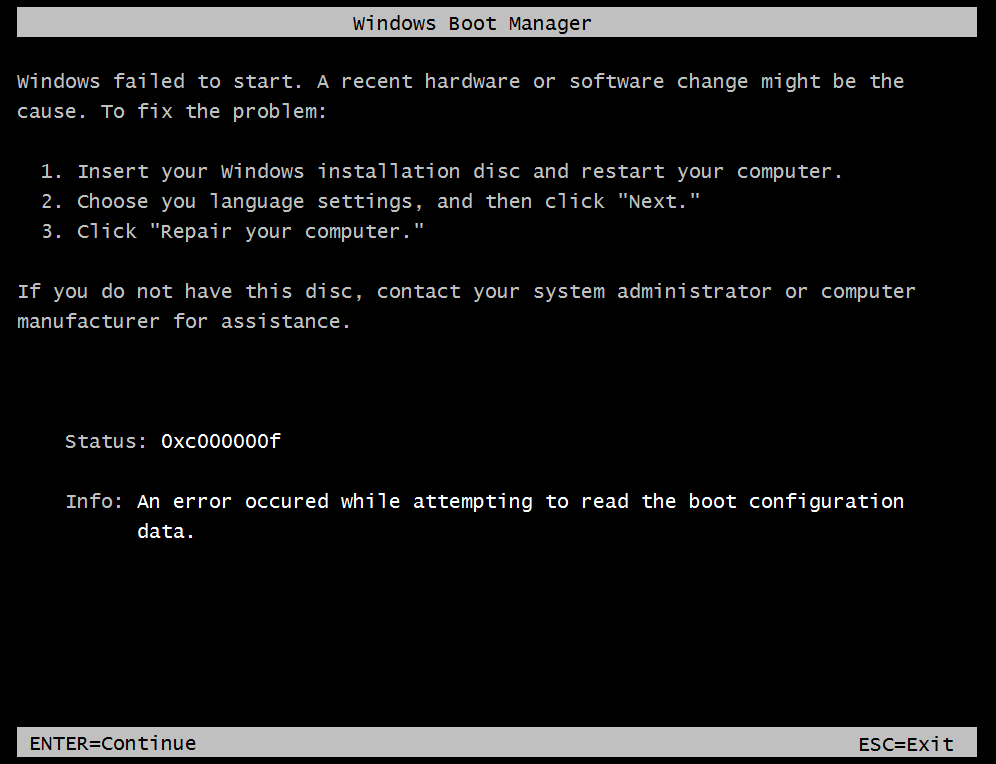 When you can’t access the data on your hard drive, there is no end to the possible culprits for your drive’s failure. The client hadn’t heard their drive making any unusual noises, such as clicking, buzzing, or beeping. The hard disk platters were still spinning and the control board wasn’t producing any smoke. There was no obvious evidence of physical failure. However, that did not rule out the possibility of physical failure.

In most cases, it is very hard to pinpoint a specific type of hard drive failure, or how severe the failure is, by sight or sound alone. It takes a professional to determine the exact cause of failure and severity of damage. Our data recovery experts took a look at the client’s Samsung hard drive in our cleanroom data recovery lab. The control board was fine. The spindle motor spun unobstructed. The read/write heads hadn’t crashed onto the platters. But further analysis by our engineers showed that the read/write heads were failing. 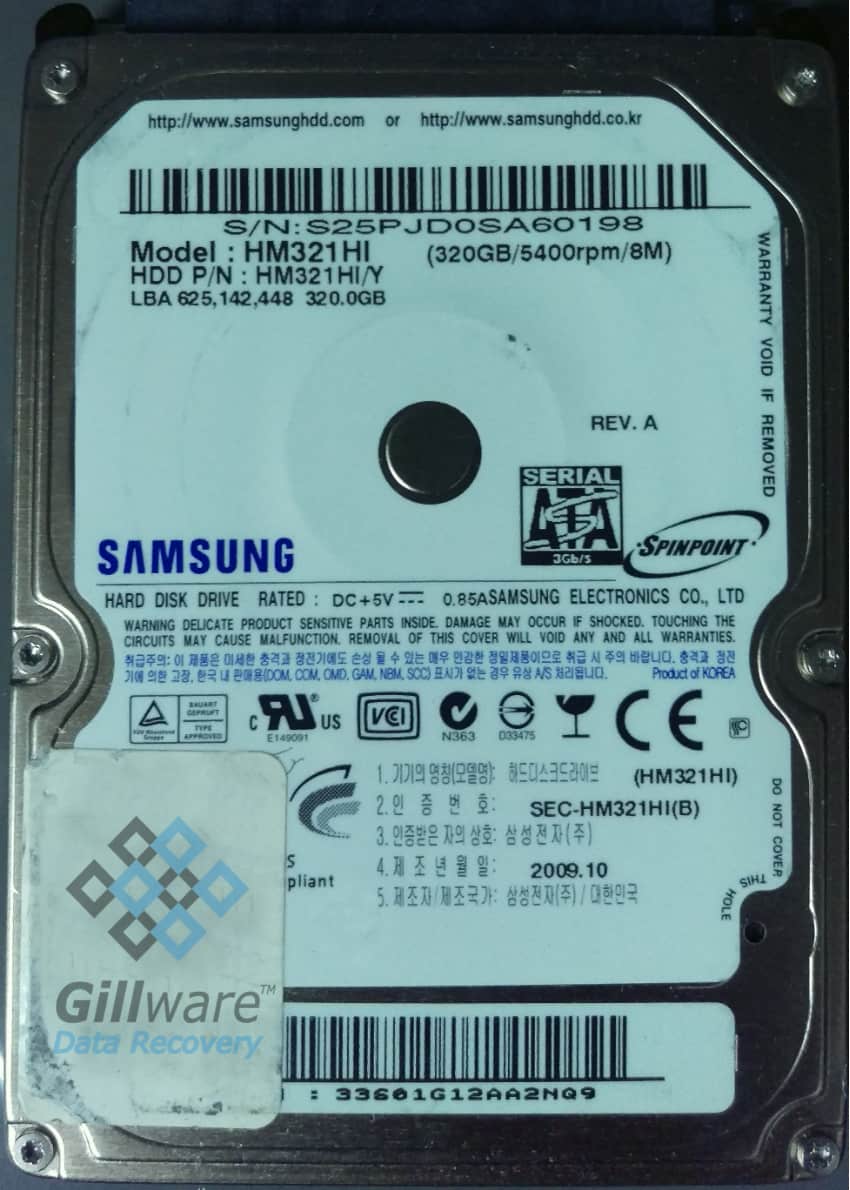 Samsung’s flagship products today include its solid state drives and its line of Android smartphones and tablets (although, given the Galaxy S7 disaster, who knows what the future holds for Samsung smartphones). But in the past, Samsung has been known for many products other than exploding phones. These products included hard disk drives. In 2011, Samsung sold its hard drive manufacturing business to Seagate. This has led to some sort of confusing situations, like hard drives with Seagate model numbers that look like Samsung drives, and Samsung external hard drive enclosures with Seagate hard drives inside of them. This client’s hard drive, though, was a true vintage Samsung. It rolled off of the assembly line in 2009.

With the help of our fault-tolerant data recovery tools, our engineers fully recovered 99.9% of the client’s data. All of the client’s most important files were fully recovered. Only a handful of sectors on the platter surfaces were unreadable due to the failures of the read/write heads. These unrecoverable sectors only affected a small fraction of a percentage of the recovered files. Our engineers’ tests for file corruption showed that only a few partially recovered files had suffered only minor corruption. The client’s most critical data, their family photos and financial documents, functioned perfectly. Our data recovery engineers rated this Samsung data recovery case a 9 on our ten-point case rating scale.