Certain environments are rich in radiation—for example, the interior of a nuclear power plant’s fission reactor, or outer space during a solar flare, or (more morbidly) ground zero of a nuclear explosion or meltdown. In these environments, the things we build need to be able to withstand these high radiation levels without breaking down. Radiation isn’t just damaging to living tissue—it can also damage nonliving materials. Strong and sturdy materials can become brittler and lose their tensile strength. Some materials might swell or become less conductive to heat or electricity. Electronics are particularly at risk of failing due to electrical breakdowns and radiation hardening. These symptoms of heavy radiation exposure can have catastrophic consequences for a material’s structural integrity or for a computer system’s capability to function.

Check out this video to see how the interactive sliders from Phoenix Nuclear Lab’s “Visual Guide to Neutron Imaging” work. The slider allows you to toggle back and forth between images of X-rayed objects and N-rayed objects. Try it for yourself here!

Due to these dangers of high-radiation environments, manufacturers of radiation shielding, electrical components for aerospace and defense systems, and so on must rigorously test their products to see how well they hold up to radiation exposure. As it turns out, a good way to do this is to blast the object with a lot of neutrons, the little electrically-neutral particles that make up the atomic nucleus, for a few hours or days and see what happens. How resilient is the material? How much radiation can it withstand before it stops working? How long does it take before the bombardment starts to render it structurally unsound? These questions need to be answered so that the manufacturers can know how long their products will last in the field, and if the answer is “not long enough,” they’ll go back to the drawing board to design tougher products or incorporate hardier shielding.

At the Phoenix Neutron Imaging Center in Fitchburg, Wisconsin, where we provide neutron imaging services, we subjected four hard drives to a bombardment of roughly 1×1012 (one trillion) neutrons per square centimeter for four hours to see what happened.

Neutron bombardment is often used to push systems intended for use in these high-radiation environments to their limits, but it can also be used to produce a pretty picture. Neutron radiography, or N-ray, uses neutron radiation to create images of an object’s internal structure. It’s exactly like the X-rays you get of your teeth every year at your dentist’s office, except for industrial parts with dense outer shells that X-rays can’t easily penetrate. So while we were bombarding these hard drives with neutrons, we decided we would take a neutron image as well:

N-rayed image of a hard drive

Click the button below to check out more N-rayed images like this one in Phoenix’s “Visual Guide to Neutron Imaging.”

In this comparison between the N-ray and X-ray image, you’ll notice that the N-ray image is a lot sparser, for lack of a better word, than the X-ray image. Neutrons pass through most of the metals that comprise your typical hard drive, whereas X-rays have significantly more difficulty penetrating those materials. In the N-ray, you can’t see the hard disk platters at all! However, you can see layers of the spindle motor, voice coil motor, and E-block and details that are too obscured to see in the X-ray.

In other words, even though the neutron radiograph shows fewer internal components, many of the details it does show don’t show up so clearly, or at all, on the X-ray radiograph. As the saying goes, sometimes less is more. That isn’t to say that N-ray is a superior radiographic imaging tool compared to X-ray but rather that it is a complimentary tool. Both methods’ strengths shore up each others’ weaknesses.

But what happened to the hard drives after their neutron bombardment? The N-rayed drives were sent to Gillware’s cleanroom to see what, if any, data could be recovered from them.

The engineers at Gillware were surprised, and a little saddened, to find that all of the data was recoverable without much effort. Normally recovering data makes us very happy over here, but we were really hoping the electronics would have been damaged by the radiation received. It turns out the bombardment wasn’t enough to damage the drives, which is probably good news for the storage scientists that wanted to build a robust and radiation hardened product.  It would also be good news for anyone that wanted to use N-ray industrial radiography to perform failure analysis of drives, knowing you could get a good picture of all the internal components without altering the patient by taking the images. The folks at Phoenix Nuclear Lab have agreed to “turn up the volume” and do another round of bombardment to see at which point these drives malfunction, so stay tuned for another blog a few months from now. 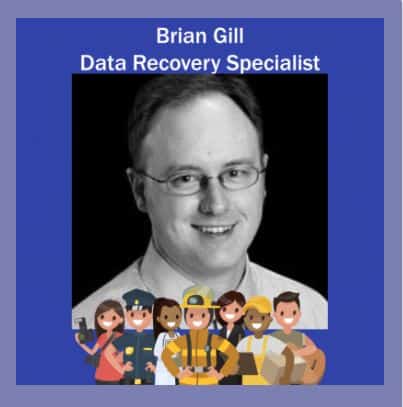 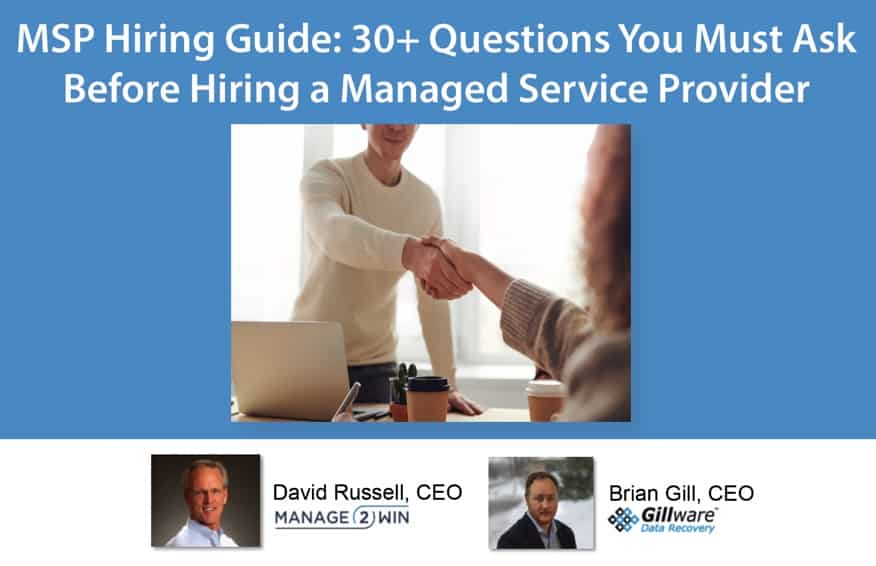 MSP Hiring Guide: 30+ Questions You Must Ask Before Hiring a Managed Service Provider