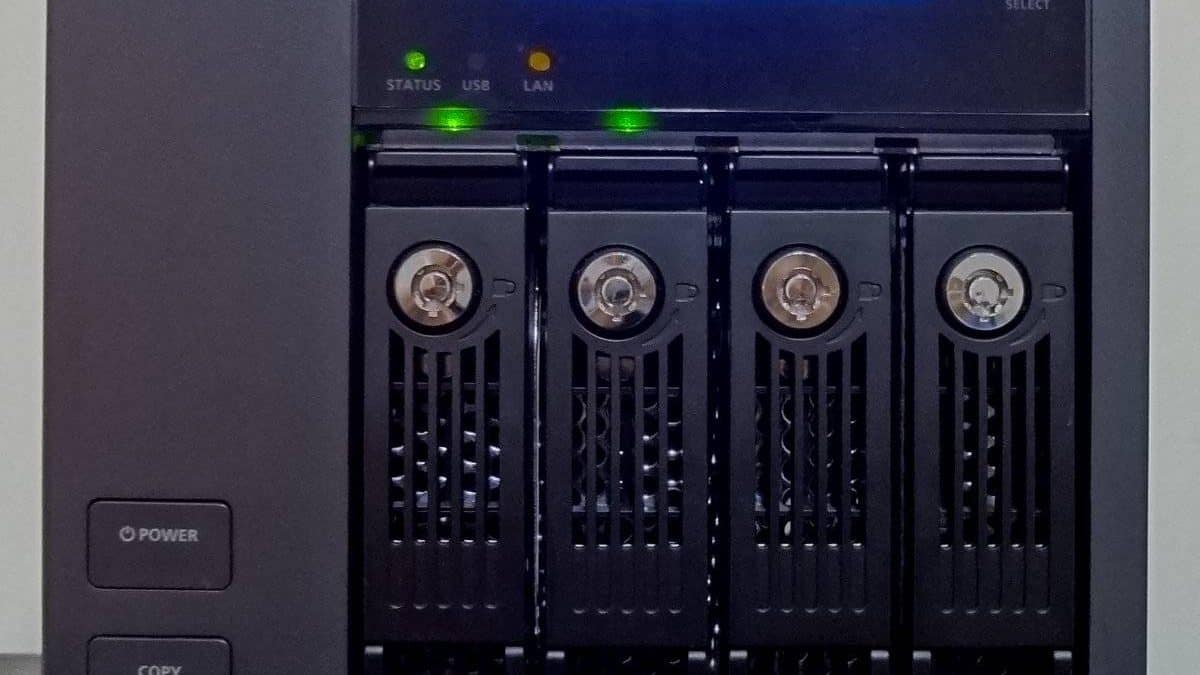 Table Of Contents hide
1 NAS Devices: Not Quite External Drives, Not Quite Servers
2 Recovering Data from a Linux RAID-5
3 QNAP NAS Recovery Results

Our client here brought their QNAP Turbo NAS device to Gillware when their data became inaccessible. The TVS-471, with three hard drives in a RAID-5 array, held their business’ entire financial records. When it stopped responding, those records went up in smoke. But just because their NAS device had failed didn’t mean their business was toast. Gillware’s QNAP NAS recovery experts have successfully recovered data from various models of QNAP network-attached storage devices and servers, such as this QNAP RAID-6 server. This client’s data may have been trapped in a failed NAS device, but in Gillware’s lab, that data was in good hands.

NAS Devices: Not Quite External Drives, Not Quite Servers

NAS, or “network-attached storage” devices, occupy a vast sort of gray area in between external hard drives and full-size servers. Some NAS devices, like Western Digital and Seagate’s offerings, most closely resemble their external hard drives. But instead of connecting to your computer via USB cable, they plug into your Internet router, and you stream the data to your computer (just like how you stream a video off of Netflix).

Although the simplest NAS devices may look almost identical to a typical external hard drive, there’s a lot going on inside. In order to talk to your router, these devices have a lot of extra hardware—in fact, even basic NAS devices are miniature computers in their own right. They have their own motherboards, RAM, CPU, and even an operating system.

Other NAS devices, such as QNAP’s product line, are much more robust. These are often boxy enclosures with four or five “bays” for hard drives. Whereas simpler NAS devices are more meant for personal use, these NAS devices play the role of a server for small businesses or freelancers. While they may not be as powerful as a fully-featured server with a dozen drive bays, they are much cheaper and easier to acquire and set up.

NAS devices have many strengths that external hard drives don’t have, but their extra hardware makes for additional points of failure. They also have many strengths that full-fledged servers don’t have, such as their price point and ease of use, but their out-of-the-box functionality provides a risk of its own. Setting up a NAS device too hastily at the start can lead to problems later on. If the device isn’t properly set up to notify the user when things go wrong, the user can find themselves in preventable data loss situations. 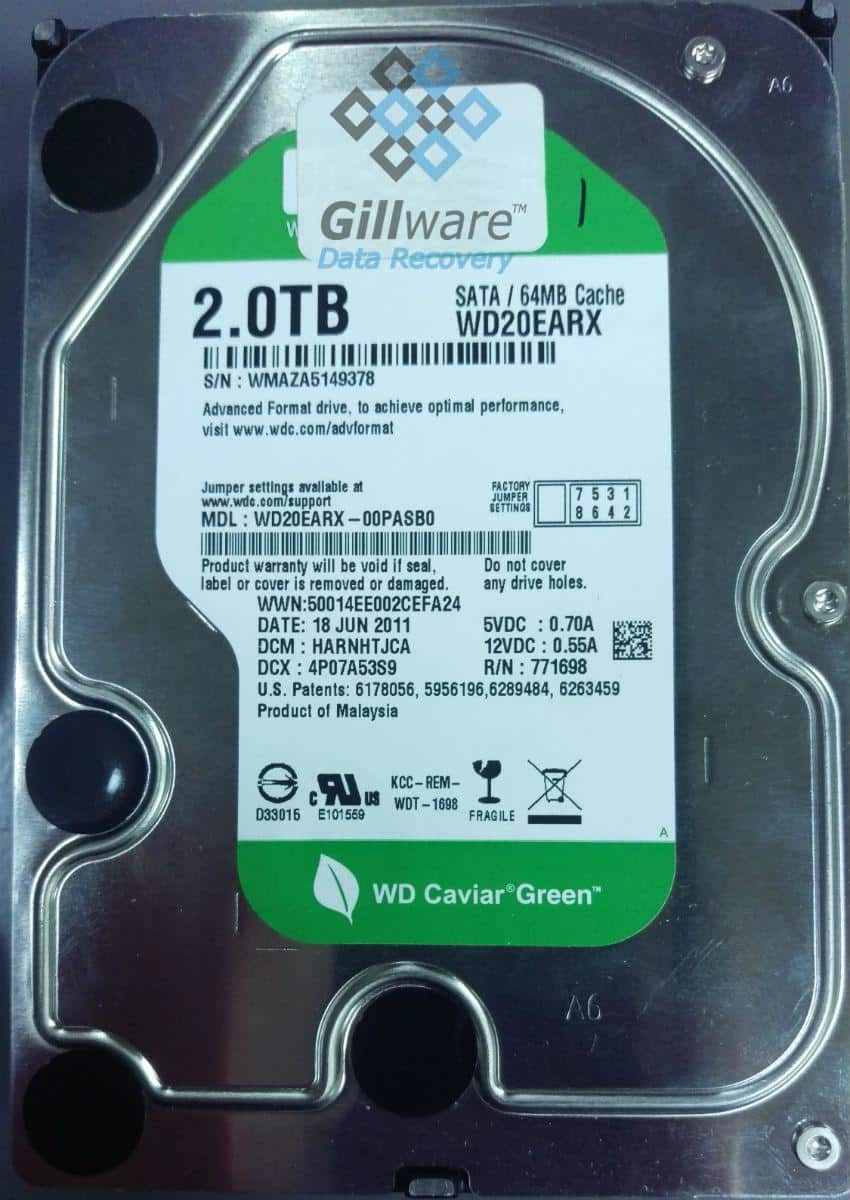 Recovering Data from a Linux RAID-5

Inside the client’s QNAP Turbo TVS-471, they had three Western Digital hard drives arranged in a RAID-5 setup. RAID-5 combines three or more hard drives into a single volume, with one of the drives providing redundancy. RAID-5 relies on a clever application of XOR mathematics to cram special “parity” data for the whole array into a single hard drive. The result is that a three-drive RAID array has two drives’ worth of storage space, but no matter which hard drive fails, the user doesn’t lose any data. However, if a second drive fails, the XOR parity data can’t fill in the blanks, and the array crashes.

The individual hard drives in a RAID-5 array are useless on their own, since all of the data you write to them—including filesystem metadata—gets split up across the three drives. If a computer can only see part of a whole, it can’t make any sense out of what it’s seeing. In a NAS device, the RAID controller uses special RAID metadata to arrange the drives properly. Outside of a NAS device, our engineers must examine the metadata ourselves and, using custom RAID emulation software, arrange the hard drives in the right order.

The hard drives inside the client’s QNAP Turbo NAS device all had a few bad sectors of their own. These bad sectors had caused just enough damage to the filesystem to lock the client out of their data. But our RAID recovery experts know how to work around bad sectors to salvage the data in these situations.

After imaging 99.9% of the total storage volume created by the three-drive RAID-5 array, our engineers could sift through the volume and examine the client’s files. While the bad sectors on the client’s hard drives had caused the NAS device to become inaccessible, our Linux recovery experts could still access the Ext4 filesystem with the help of our fault-tolerant analysis tools. We successfully recovered 99.9% of the data from the client’s failed NAS device, including their financial database. The vast majority of the recovered data was totally intact. We rated this QNAP NAS recovery case a 9 on our ten-point scale.