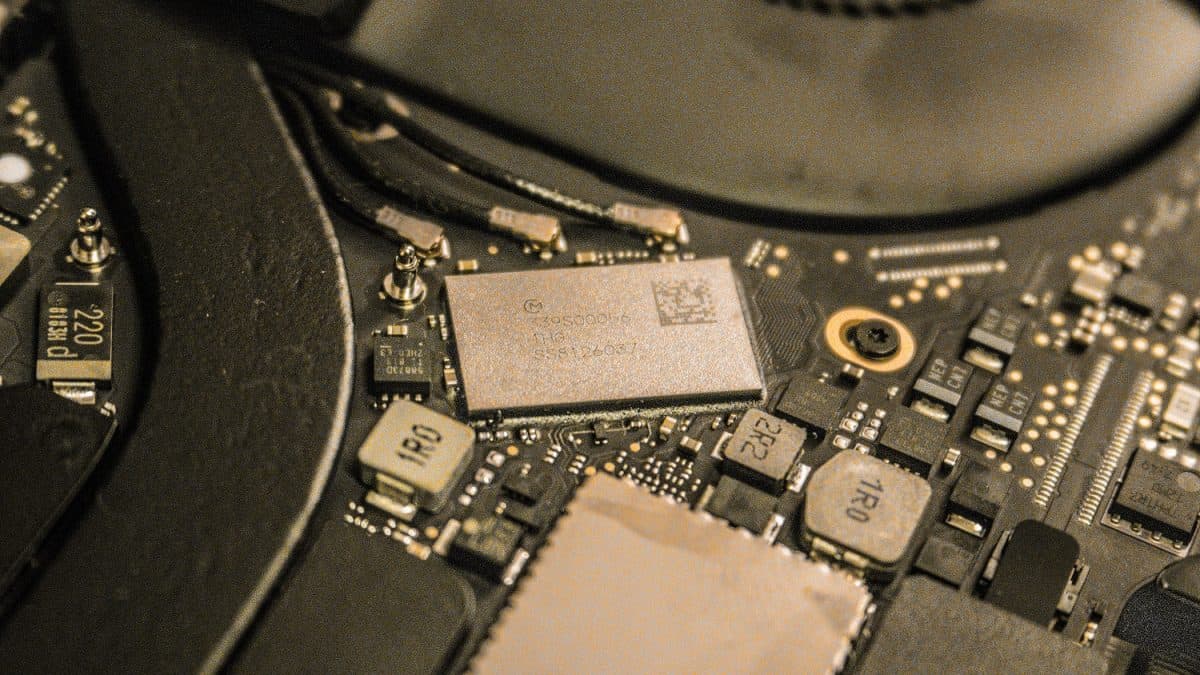 One of the most frustrating aspects of encountering a Macbook Pro black screen is that there are so many possible causes of the issue and, seemingly, just as many possible solutions. The underlying causes for a black screen, depending on whatever other symptoms you observe, could range from something as simple to your cat walking across your keyboard and setting the screen brightness to zero to something as dire as a dead motherboard. Read on to learn more about what it might mean when your Macbook Pro has a black screen and what you can do about it.

Is your Macbook Pro Experiencing these symptoms?

No Activity is shown on the LED touch bar

No other indicator lights

No response upon pressing the power button

If your Macbook Pro 2016 or 2017 is experiencing only some of these symptoms—for example, it has a black screen, but there are still indicator lights—you will most likely be able to fix the issue on your own. However, all of these together symptoms generally indicate that the device is, more or less, completely dead.

If the issue you’re having with your Macbook Pro is as severe as the one described above, you might need the help of a local Apple-certified computer repair shop or Apple itself. And if there are any important files you don’t have backed up anywhere else on the device, you may need to enlist the help of a world-class data recovery company to get them back.

CLICK HERE and let GIllware help you get your data back.

Apple support advises users experiencing a Macbook Pro 13” 2017 black screen and the related symptoms to hold the power down for about ten seconds until the device shuts down completely, then boot into safe mode.

If your Macbook Pro is experiencing all of the above issues: black screen, no indicator lights or touch bar activity, no response to the power button being pressed, and a charging chime when plugged into a power source—it could be suffering from a severe error that can render your Macbook Pro and all of the data on it completely inaccessible.

If you’ve lost access to any of the files on your device as a result of a Macbook Pro black screen, Gillware has the resources to help you salvage your lost data. Read on to learn more about what you might be able to do on your own to fix a simpler Macbook Pro black screen issue—as well as how we can help when the situation is serious enough to call for world-class expertise.

There are many possible reasons why your Macbook Pro screen may go black and unresponsive, ranging wildly in severity, which can make it a labor-intensive problem to diagnose. These possible causes can include anything from:

These issues generally have simple fixes. But sometimes a Macbook Pro black screen can be the result of a more severe boot error, or the motherboard may be dead. If you encounter a black screen on startup with a chime, it is most likely something to do with the display or with other system drivers.

What do I do when my Macbook Pro screen goes black?

A Macbook Pro boot error may be fixable by simply performing a force restart. This is as easy as holding down the Power key for 6 seconds, waiting for the device to shut down, and then pressing the power key again.

You may have to flush your Macbook Pro’s NVRAM settings to fix a boot-related black screen issue. This is as simple as force shutting down the device, powering it back on, and pressing Cmd + Option + P + R when you hear the startup chime and waiting until you hear a second chime.

If you’re experiencing more severe issues with your Macbook Pro than just a black screen—for example, if the computer seems to be powered on but there are no indicator lights and nothing happens when you press on the power button—the issue may be severe enough that you can’t fix it on your own.

And if you had any important files (photos, videos, documents, or anything else) on that Macbook Pro that haven’t been backed up anywhere else, you’ll need help getting them back from a professional data recovery services provider like Gillware.

When your computer is dead, one of your first lines of attack will be to open it up and remove the storage media so you can plug it into to a healthy computer and salvage the data from it. When you open up a modern Macbook Pro, though, you won’t find a hard disk drive nestled among the greebles on the motherboard. You won’t find a recognizable SSD you can unplug. But there is an SSD. You just need to know where to look.

It’s the tiny little chip on the motherboard right here, indistinguishable a lot of the other components:

And yes, it’s soldered directly to the motherboard, so you can’t remove it.

So… when the motherboard dies, how do you get the data back?

This is the very issue our engineers have had to grapple with. Read on to see how we handled it:

How can Gillware recover data from a Macbook Pro black screen?

A recent successful data recovery case in our lab involved salvaging the data from a Macbook Pro 13” 2016 with a black screen and no indicator lights. In order to recover the data, we had to develop a new technique and acquire new, specially-designed tools. The tools we used to recover data in this case are compatible with the following models of Macbook Pro:

Read on to learn more about what issues arose throughout the data recovery process and how our expert engineers successfully overcame them:

If you have questions about data recovery pricing

Starting in 2016, Apple began to manufacture its Macbook Pro laptops using solid state drives (SSDs) that were soldered directly onto the device’s motherboard instead of removable SSDs. This shift in design has made data recovery from recent models of Macbook Pro laptops problematic since when the device stops working, the SSD cannot simply be removed in order to salvage data from it.

In most of the data recovery cases Gillware deals with, the storage media itself—the hard disk drive or SSD in your PC or Macbook Pro, for example—has failed and needs to be removed from the user’s computer and repaired in a data recovery lab environment. However, when the storage media is so closely intertwined with the rest of the device—as is the case with an SSD that has been soldered directly to the motherboard, as opposed to connected via an M.2 or SATA port—the reverse is true. In other words, while a healthy device with failed storage media is the norm among our clientele, occasionally the issue is a healthy SSD trapped in an unhealthy device.

In the modern Apple ecosystem where all of the components of a device are bound together in a package not meant to be opened and dismantled outside of Apple’s own facilities (much to the chagrin of many computer repair shops), even so much as diagnosing the issue with a nonfunctional device proves a challenge. Many Apple devices now are “

Fortunately, keen eyes and skilled hands are not in short supply in a professional data recovery lab

We quickly deduced that the Macbook Pro’s SSD seemed healthy enough. However, we were unable to use our normal method of accessing the SSD without removing it from the motherboard, which was to trigger the device into Target Disk mode, because the Macbook Pro was completely inactive.

Closer observation of the SSD and its motherboard allowed us to reverse-engineer a tool, however, that granted us access to the SSD. As a result, we managed to salvage all of our client’s data from their device.

Typically, when you’re dealing with a black screen on your Macbook Pro, you won’t be in the kind of situation where this kind of cutting-edge skill and technology will be necessary. And hopefully, if you do find yourself in the same situation as our client in the above case study with a black screen and no indicator lights, you’ll have your most important files backed up.

If you don’t, though, don’t panic—that’s why we’re here to help. All you have to do is reach out to us online to set up a 100% free in-lab data recovery evaluation.