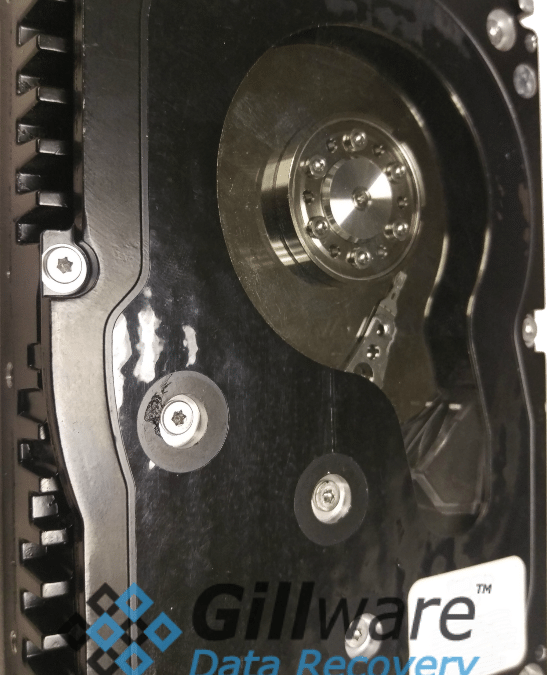 Before it even arrived we knew this Raptor hard drive repair case was going to be incredibly difficult. This was an unusual data recovery case for our cleanroom engineers. This Western Digital Raptor X hard drive had already been opened up not once, but twice. One data recovery business diagnosed that there was system damage. They pronounced it unrecoverable. The user took the drive to yet another competitor next. The second data recovery lab said it had suffered irreversible logical corruption and platter damage and had sent it back.

Now it was Gillware’s turn to take a crack at this Raptor hard drive repair.

Western Digital’s Raptor product line was originally intended for enterprise-class workstations. These hard drives spun at 10,000 revolutions per minute instead of 7,200 or 5,400. They were designed for use in servers and other professional workstations. But they caught on with a surprising demographic.

It turned out that PC gamers and other power users loved WD Raptors. The Raptor’s high performance was a huge boon to performance-optimized gaming rigs. And they used the SATA interface, instead of SCSI. This meant they were cheaper and easier to integrate into home systems than other high-performance drives. Seeing this unexpected demographic’s enthusiasm, Western Digital decided to create a special Raptor. The Raptor X, produced by Western Digital in the mid-2000s, was a hard drive like none other.

Part of the Raptor X’s faceplate was transparent. It took Western Digital two years of development to get the transparent faceplate just right. The Perspex window gives a perfect view of the drive’s spinning platters. You can see the read/write heads dart across the radius of the platters as the disks spin beneath them. It’s quite a sight to behold.

If you were using Western Digital Raptors in a server or a workhorse machine, this feature was utterly useless to you.

If you were the kind of person to look at your PC and see a blank canvas, though, the Raptor X was a perfect match. Case modders have long had an affinity with installing (literal) windows in their computer cases. With so many high-end parts, why have them hidden inside an opaque desktop tower? And what better thing to bring that look-but-don’t-touch aesthetic together than a hard drive with a view?

This Raptor hard drive repair was a challenge for our data recovery engineers. There had been heavy damage to the Raptor X hard drive’s read/write heads and platters. The hard drive’s control board had also started to fail. And there was a moderate amount of dust left on the platters from the previous two recovery attempts.

After clearing the platters of debris and putting in a few new sets of read/write heads, our cleanroom engineers started to read data from the drive. The recovery effort was rocky. We were able to read 64% of the sectors on the hard drive in total. The rest were inaccessible due to the damage sustained to the platters.

Our engineers were able to recover 67% of the file definitions on the Raptor X’s main data partition and 72% of the known files on the drive. But we hadn’t exhausted our bag of data recovery tricks just yet. Because we couldn’t read all of the file definitions, we used HOMBRE’s raw file recovery tool to fill in as many blanks as we could. While this Raptor hard drive repair yielded a less than optimal binary read, there was a great chance that 33% of the pictures that we lacked definitions for had valid binary content on the platters.

Without all of the file definitions, we couldn’t know where the other 33% of the client’s files lived. But with HOMBRE’s help, we were able to scan through all of the sectors we’d read looking for common file headers. This aided us in recovering files we wouldn’t have otherwise been able to find.

When all was said and done, our engineers rated this Raptor hard drive repair a 7 on our ten-point scale. We were able to recover around 75% of the files from this Western Digital Raptor X. On paper, this didn’t seem to be the most optimal of data recovery case results. However, we were able to achieve these data recovery results despite two other data recovery labs having said it couldn’t be done.

Today, PC gamers who want the most out of their rigs turn to solid state drives. Unfortunately, there’s nothing quite as enticing about an SSD with a transparent cover. They have no moving parts to look at. The world will never again see a hard drive like the Raptor X. It was truly a hard drive that bared its soul to the world.