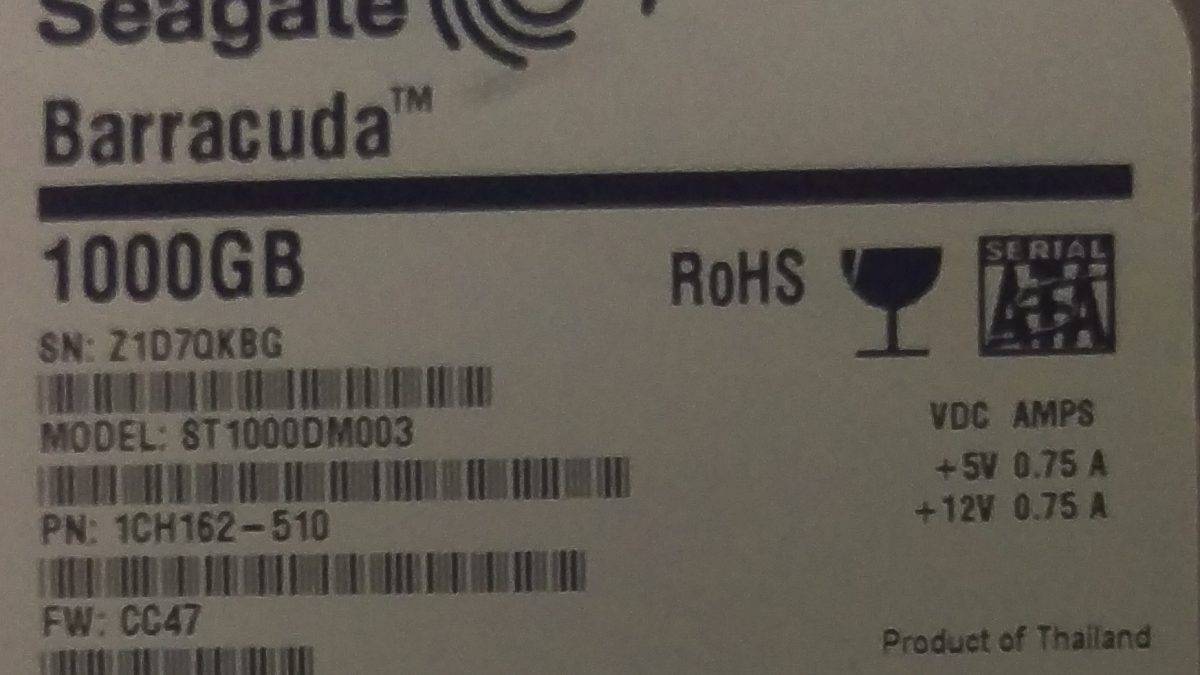 Contemporary hard drives use something called S.M.A.R.T. It stand for Self-Monitoring, Analysis and Reporting Technology, and its purpose is to predict hard drive failure and warn its user so data can be backed up elsewhere.

SMART is basically a record of several different hard drive performance metrics. Depending on the drive, the SMART table may show how long the drive has operated, how long it takes to boot, even its average operating temperature. The number of bad sectors that have developed over time are also recorded to the SMART table. You might think of a hard drive’s sectors as specific areas or addresses where data is kept.

If it takes multiple attempts to read Sector 10, for example, the drive’s operating system will copy the data to a different sector, and adjust the map of where data lives. When this happens, it’s recorded on the SMART table that another bad sector has developed. When the number of bad sectors exceeds the limit set in the SMART table, the user should get a warning that the hard drive is failing.

Relocating data to healthy sectors and keeping track of how many sectors are difficult or impossible to read prolongs the life of the drive and potentially affords some warning before a drive dies. These are both good things. But these generally helpful technologies can sometimes accelerate the hard drive’s demise when other things are going wrong.

Take the case of a bad read/write head. A read/write head is the tiny conductive loop. When it is reading data, the magnetized platter surface it flies over creates a digital electrical signal in the loop. When it is writing data, electrical impulses through the loop magnetize spots on the platter surface. If the head is not working properly, it does not reliably read data. When a read command fails due to a defective head, most hard drives will mistakenly assume that the sector it just to read is bad, even though the sector itself is good but it’s the head that is bad.  So good sectors that the bad head can’t read are recorded as bad, and the hard drive tries to remap data in the growth defect list and increment the number of the bad sectors in the SMART tables.  Here at Gillware we refer to real bad sectors as “hard” bad sectors, and sectors that are only reading as bad because of defective components as “soft” bad sectors.

The defective head will attempt to update the critical firmware area with all this new information. But, due to its failure, the head will be writing a bunch of gibberish to the hard drive’s operating system, which is bad. It’s corrupting the fundamental instructions that the hard drive relies on to operate and know where its data is.

To recover the data, we addressed both issues, and were able to get a 100 percent read of the files, and a 100 percent read of the master file table. Before paying, our client could see an entire directory of the recovered data in its original structure — file names, time stamps, file sizes. Our goal is to make it perfectly clear what’s been recovered. We only charge if, after reviewing the results, our client decides we succeeded.

Because addressing read/write heads is an internal repair, this case demanded clean room work and when it arrived at Gillware it was categorized as a Tier 2 recovery.

The hard drive belonged to a nonprofit, and was first taken to a local IT shop, which in turn brought it to us. This was the response we got from the shop:

Liberty Technical Solutions provides IT services, system management, remote support and consulting services for a number of clients in several states. In such a role we occasionally come across situations where a hard drive has failed with data that is critical to the operation of the client. In this instance a Non-Profit client was trying to put together a fundraising campaign and the drive containing all of their photos from past events failed. They rely entirely on contributions, grants and benefactors so not having the photos would have been catastrophic to their fundraising efforts.

Because of our prior relationship with Gillware we recommended them to the client, knowing that they would provide the best and fastest solution. Because of Gillware’s no risk service model the client would only pay if data could be recovered and all costs were explained up front. This way the client could find out if the data was recoverable before spending money to attempt recovery. This was vital in getting the sign-off to proceed.

As a result Gillware provided a quick response and within 2 days we had a listing of all recovered files and within another couple of days the client had all their data recovered and restored to their system at a very reasonable cost.

I’m pleased to recommend Gillware for their quick response, professionalism and reasonable prices. You can be assured we will use them again.