HDD Failure: Getting a Second Opinion 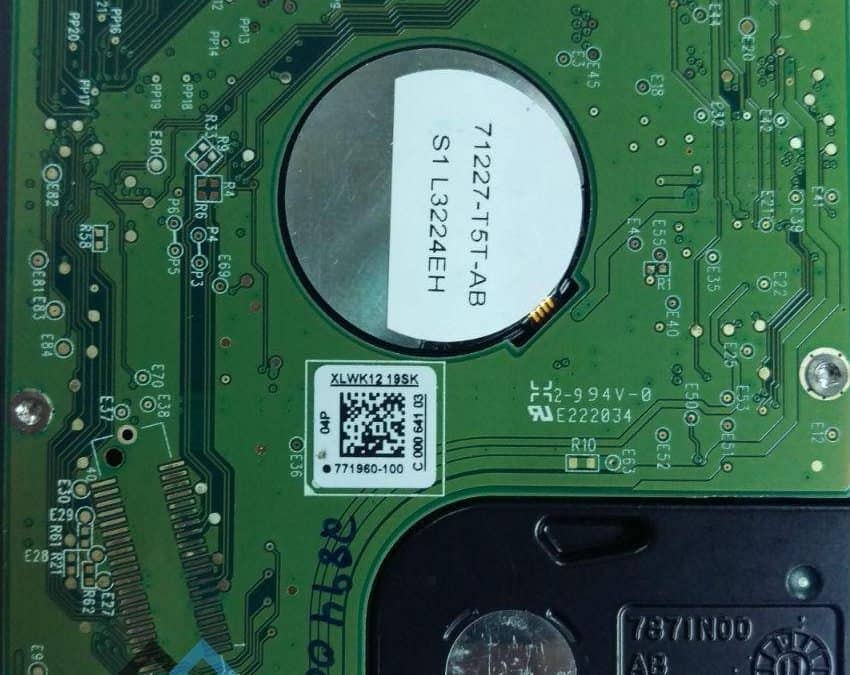 Hard disk drives, like everything else, eventually stop working. No matter how well you care for your computer’s internal hard drive or your external hard drive, sooner or later it will kick the bucket. In general, hard drives have a good five to ten years of life in them (barring accidents, of course). And so, when you have a device that works perfectly day after day for years and years, it can be all too easy to put the possibility of HDD failure out of your mind—until it’s too late.

The HDD failure victim here brought the Western Digital hard drive from their laptop to a local computer repair shop to see if anything could be recovered from the drive. The repair technician took a look at the hard drive and tried a repair of their own to get the drive back up and running again. They replaced the hard drive’s printed control board, making sure to carefully solder the ROM chip from the original board onto the replacement. However, the hard drive’s behavior didn’t change at all. The control board was not the source of the drive’s issue.

To get a second opinion (and hopefully recover some data from the hard drive), the technician pointed their client over to the HDD repair experts here at Gillware Data Recovery.

It takes skill to properly replace the ROM chip containing all of the hard drive’s unique calibration data. Many computer repair technicians who attempt PCB replacement still forget this step, even though simple board swaps haven’t worked for many years now.

Still, PCB replacement is a common approach for many computer repair technicians looking to help a client out with HDD failure on their own. After all, the PCB itself can be easily removed with the right tools. It’s the only part of a hard drive you can remove and replace without opening the drive up and exposing its sensitive insides to airborne contaminants (and voiding its warranty). It’s no surprise that a computer repair technician with the proper knowhow would want to try a PCB swap before contacting a data recovery lab.

However, while the PCB might be a computer repair technician’s first choice of culprit when faced with a misbehaving hard drive, it may not always be the correct choice (even if they know how to swap the PCB properly). Perhaps the PCB itself is fine, and the true problem lies where the technician can’t reach. Or perhaps the hard drive has suffered a compound failure, in which both the PCB and another component have failed.

It’s better to be safe than sorry, and it’s better to bring a failed hard drive to a data recovery company full of people with extensive knowledge in hard drive repair and the advanced tools needed to salvage data after a hard disk drive failure.

Hard drive firmware regulates the drive’s performance and more or less tells it how to do its job. When you turn your hard drive on, the first thing its read/write heads do is find the firmware zone. Manufacturers place the firmware zone on the outer rim of one of the drive’s platters. In the outer rim, sectors aren’t quite as densely-packed as in other parts of the disk, so the heads can read and write to and from them with ease, even if the performance of the read/write heads has started to degrade.

The only way to access HDD firmware is to use special tools. Typically, only hard drive manufacturers and data recovery professionals have access to these specialized tools. In addition, it takes years of practice and training for a data recovery engineer to learn how firmware works and how to reliably repair it when it goes bad.

But before our HDD firmware repair experts could get to work on this hard drive’s firmware, our engineers had to replace the failing read/write heads. With a library of over 100,000 potential donors in our cleanroom data recovery lab, finding a compatible donor hard drive to lend its heads was a simple task. After replacing the read/write heads and fixing the hard drive’s firmware bug, our hard drive repair experts successfully recovered 99.6% of our client’s data. This data recovery case garnered a 9 on our ten-point scale.