We don’t know anything about Snowboard Cross except that even on a tiny YouTube screen it looks terrifying. Racers on snowboards are flying down a mountain, hurtling through the air — inches apart and, very often it seems, crashing into one another. 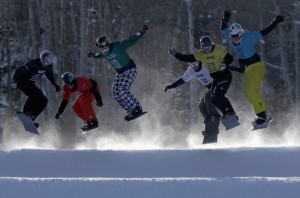 Nick Baumgartner is one of the best there is. He is preparing for his second Olympics and he won the Gold Medal at the X Games in 2011. At the FIS World Cup recently in Stoneham, near Quebec, he won the Petit Final and was the top U.S. finisher overall after he got tangled up in the semi-final. Oh, and he races trucks in the off season.

So, we want to congratulate Nick on all his success and wish him well as he prepares for the 2014 Olympics and makes a big name for himself in motorsports. 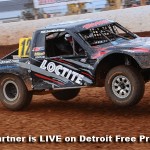 The crash that brought him to us was one we understood well — and that terrified him. It was his hard drive.

He brought it to us himself after driving to the Gillware data recovery lab in Madison, Wis from Michigan’s Upper Peninsula. It held all his business plans and materials, and a presentation in Chicago was around the corner.

We did an emergency recovery on his drive — An external 2TB Seagate Barracuda Green with Mac formatting — and managed to get the results to him the next day.

Here is what Nick Baumgartner had to say about his successful data recovery case with Gillware: 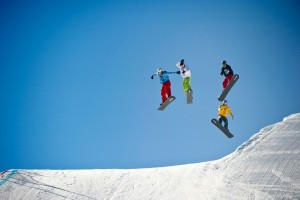 “Staring at a blank hard drive that contained the last 10 years of your life is a sheer panic situation.  As an Olympic snowboarder and Pro Motorsports driver I thought I handled stress well.  I called all over for help.  I was unable to get a hold of anyone that could help in the time frame I needed.  Getting a no with each call was the most stressful part of the experience.  When I got in touch with the team at Gillware I was assured they could help.  I immediately got in the truck and drove 300 miles to get to them.  I handed over the hard drive and the next day I was sitting on my couch sifting through the last ten years of my life.  I can’t thank the team at Gillware enough.  Now I can forget the disk partitions and get back to competition.” — Nick Baumgartner, U.S. Olympic athlete and the 2011  Rookie of the Year in the Traxxas Torc Series Off Road Short Course Racing