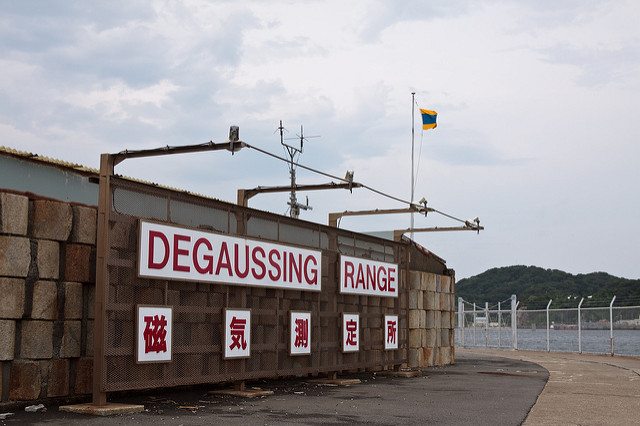 Degaussing a hard drive is the process of using a strong magnetic field to erase the data from the magnetic substrate of the hard drive platters. That basically just means taking a hard drive and holding it against a big magnet. In addition to magnetic storage degaussing, there are also programs that can be run to “sanitize” solid state storage devices, or wipe them clean of all data using software.

You can also physically destroy the devices using an industrial shredder or other industry-specific tools, but the degaussing/sanitizing methods are a little cleaner, more efficient, and provide certainty of data destruction.

Being a data recovery company, you may be asking yourself why we would ever concern ourselves with degaussing/sanitizing. The answer is that while we mainly do business on the side of recovery, our intimate knowledge of storage devices lends itself to other processes that our customers may require.

Why Would You Destroy Your Data?

The main reason degaussing/sanitizing is typically required is when a business with storage media containing confidential information wants to retire these devices from further use, they need to permanently destroy all the information contained in the storage media.

To expand on our own involvement, Gillware does not actually own a degausser or any sanitization software; businesses do that on their own. We enter the picture when they want to be absolutely certain that the hard drives are wiped clean.

After they have performed the degaussing or sanitization, they send the drives to us for inspection. This isn’t a service that we advertise nor hope to expand, but our recovery engineers have taken on cases like this in the past.

How To Tell if the Data Is Really Gone

First and foremost, an unfortunate consequence of degaussing hard drives is that the device becomes unusable, since the drive’s firmware is also destroyed during the process of degaussing.

On the other hand, solid state devices are still usable after sanitization since they merely use software to wipe the flash memory clean of data. This is under the assumption that nothing else detrimental has been done to the SSD during the decommissioning process.

According to a report conducted by Charles Lease, one of our recovery engineers, the steps for determining degaussing success are as follows:

As mentioned before, the data destruction process is different for flash media. As per a solid state drive, Charles’ sanitization verification process is as follows:

All in all, both processes are fairly straightforward. I don’t have the specifics on how the sanitization software actually works, since we’re not the ones that do it, but I’m sure a quick google search will satisfy curiosity.

And as with most blog posts, Gillware would once again like to remind you to always backup your data and that if you run into any data loss issues, we’re here to help.