microSD cards seem almost excessively tiny. They can fit comfortably on a dime. And yet that tiny package can store dozens or hundreds of gigabytes of data. They seem to be a tiny mystery. But they are actually just the same as their larger sibling, the SD card. They’ve just been squeezed into a smaller shape.

microSD cards aren’t much different from any other data storage device. This microSD card had a partition table, a boot sector, and a filesystem, just like any hard drive. This particular GoPro memory card had the exFAT filesystem. The exFAT filesystem is an “upgrade” to the FAT32 filesystem. It can be read by both Windows and Mac machines. exFAT isn’t quite as compatible or widespread as FAT32. After all, its predecessor has the benefit of having been around since 1996. But it has many advantages over FAT32.

Do you have GoPro videos that need recovering? We can Help Learn More about data recovery pricing

Different filesystems all have different features. But they are all defined and mapped out by a tiny portion of the space on any storage device. Should the wrong portions of the device break down, the filesystem will appear to vanish. It doesn’t matter if the rest of the device is perfectly fine. It doesn’t matter how much data is on it. To your computer, the device you’ve plugged in looks completely blank. And so your computer does exactly what it’s supposed to do with the device. It asks you if you’d like to format it.

Damage to a data storage device’s filesystem can happen for any number of reasons. Removing a microSD card from a GoPro while the camera is still turned on can damage the filesystem. Removing the card from a computer without properly ejecting it can also corrupt the boot sector or partition table. Storage devices need to be given advance warning or powered down completely before being unplugged to prevent this from happening.

In some cases, the parts of the storage medium defining it may wear out or become physically damaged. This is the most likely culprit for the microSD card’s failure in this GoPro video file recovery case.

But the data recovery process wasn’t over yet. Our technicians noticed that a chunk of the client’s critical GoPro videos were still missing. Despite having a full image of the microSD card, we had a gap in early June. The client had recorded a handful of important videos during this period.

When a data storage device sustains logical damage, a user’s files can become “orphaned”. The metadata that defines the files’ places in the world order is damaged or overwritten. The files are left homeless. These drifters can be anywhere on the device. But all of the signs pointing to them have been taken down.

Our data recovery experts sifted through the PNY microSD card for common file headers. File headers are the handful of bits at the beginning of every file. We have a database that tracks the file headers for frequently-used formats of pictures, videos, documents, and more. We refer to this process as a raw file recovery.

Our data recovery experts could sniff out the missing GoPro videos. Since the metadata for these files was gone, the files couldn’t be returned to their proper places. Some no longer had names. But the files themselves were completely intact. The results of the raw recovery were very good. We rated this GoPro video file recovery case a 9 on our ten-point scale.

The client in this case had a GoPro video camera full of recorded videos. Those videos were being stored on a tiny microSD card inside the device. The client went to copy their videos off of the microSD card, and everything seemed to be going well at first. But suddenly, mid-transfer, the memory card’s browser window vanished. Windows then popped up a dialog box asking the client to format the microSD card. It could see the memory card, but all of its files were inaccessible. The client brought the failed microSD card to our data recovery experts. We were able to provide GoPro video file recovery services for this client and reunite them with their data. 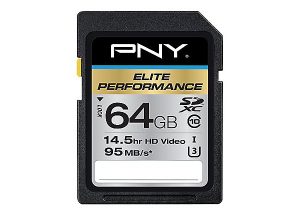 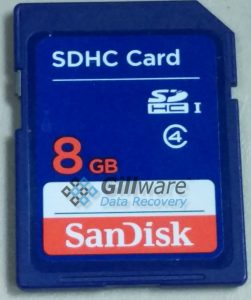