We have executives with various backgrounds and areas of expertise. If you are looking for a source, our team members can provide insight on all things data recovery, digital forensics, incident response and risk management.

Gillware is a professional data recovery, digital forensics, incident response and risk management company. The company was founded in 2004 by two brothers, Brian and Tyler Gill, on the principle that even professional data recovery services should not be prohibitively expensive. Since then, Gillware has become a world-class data recovery lab, pioneering sensible pricing and financially risk-free services through the use of state-of-the-art engineering techniques and proprietary recovery tools.

Gillware performs over 15,000 recoveries each year. Its Madison, Wisconsin-based data recovery lab is SOC 2 Type II security audited and equipped with ISO-5 Class 100 cleanroom facilities. With an industry-leading research and development team, Gillware is the preferred data recovery provider for major technology companies such as Western Digital and Dell.

Whether it’s data recovery, ransomware, cybersecurity or anything else related to data, our team provides valuable insight.

Co-founder and CEO of Gillware Data Recovery, Brian Gill nurtured Gillware from a two-man startup in a Wisconsin basement to a leading data recovery company with over a dozen full-time experts, each with years of experience.

Brian holds a B.S. degree in Computer Science from the University of Wisconsin-Madison.

Cindy Murphy, president and co-founder of our Digital Forensics operation, is a renowned digital forensics investigator. With over 31 years of law enforcement experience, Murphy offers insight into matters of cyber crime and cybersecurity. Murphy’s expertise is internationally recognized, demonstrated by digital forensics courses she has developed and instructed around the world.

Nathan Little has worked for Gillware for years, both data recovery and digital forensics. He plays a key role in developing the software tools Gillware’s experts use to recover data and perform forensic analyses.

Nathan obtained a B.S. in Computer Engineering at the University of Wisconsin College of Engineering before joining Gillware’s team of experts. 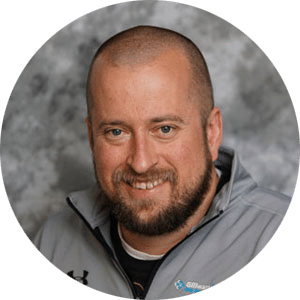 The process of retrieving lost data from a data storage device such as a hard disk drive, solid state drive, flash memory, optical disk, smartphone or tablet, or magnetic tape. This includes data that has been deleted as well as data that has been rendered inaccessible as a result of damage to the device. Damaged storage devices require special expertise and tools to repair, such as those found in a data recovery lab.

A storage medium that has existed since the 1950s in which data is stored magnetically on spinning disk platters. Hard disk drives, or HDDs, are still the most commonly-used storage device in personal computers and data centers alike. Magnetic read/write heads similar to the needles on a record player float several nanometers above the platter surfaces, recording and altering the magnetic fields on the platters.

A hard disk platter is a disk of aluminum or glass coated with a thin layer of ferromagnetic alloy. Small, magnetically-charged regions of the disk contain the user’s data. Many modern hard disk drives have multiple platters, with data present on both surfaces of each.

When the magnetic read/write heads inside a hard disk drive make contact with the platters, they can scratch the platters and scrape off the ferromagnetic substrate containing the owner’s data. The scraped-off platter coating cannot be restored, and often embeds itself on the still-intact areas of the platters, where it must be polished off using burnishing tools.

When a hard disk drive’s read/write heads lose the ability to read or write data, they produce a rhythmic ticking noise as they fly blindly over the surfaces of the platters. People in the computer repair and IT industry refer to this noise as “the Click of Death.”